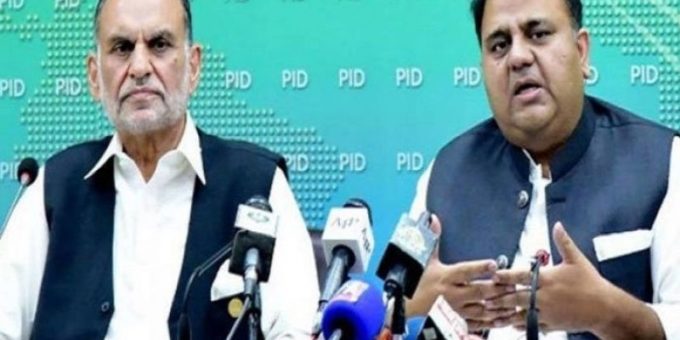 The Election Commission of Pakistan (ECP) has accepted the apologies of Federal Minister for Railways and PTI leader Azam Swati and Information Minister Fawad Chaudhry in connection with a case in which the two ministers accused the ECP of accepting money from electronic voting system (EVM) manufacturers.

On Wednesday, Azam Swati appeared before the ECP, where he was pardoned and warned to exercise caution in future.

“You have more responsibilities,” the ECP stated.

The ECP also questioned the minister on his absence from earlier hearings. “You are a busy man, why didn’t you appear in previous hearings?” inquired the ECP.

Swati remarked that he has always advocated for the independence of the ECP.

“All the institutions are yours; it is not appropriate to talk bad about them,” the ECP remarked.

Azam Swati and Fawad Chaudhry were warned by the ECP to exercise caution in future.

Swati expressed gratitude to the ECP for accepting his apology.

He stated that the ECP will make sound judgments regarding EVMs and that the government will support them in order to bolster the ECP.

Barrister Ali Zafar, Azam Swati’s lawyer, stated that they have apologised for what occurred in the past and now they must collaborate with the ECP.

Gunmen Trained For A Month To Pass Off As Lawyers