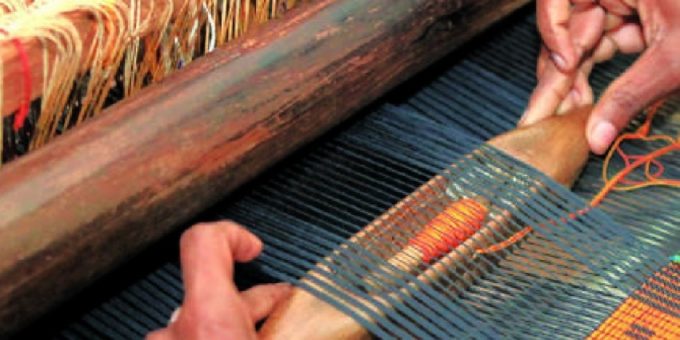 The announcement was made by UNESCO at the 16th Session of the Intergovernmental Committee on Safeguarding of Intangible Cultural Heritage being held from 13th to 18th December at its headquarters in Paris.

The mats are made in two villages (Kalasirigama and Alokagama) by a community called kinnara that traditionally supplied ornamental mats to the royal palace as part of obligatory service to the crown and to ruling elites between the fifteenth and nineteenth centuries.

Today, artisans weave the mats for local buyers and tourists. Dumbara mats are made with the fibres of the hana plant and decorated with symbolic motifs and designs. The plant fibres are separated by pressing the leaf against a log with a sharp-edged piece of wood to scrape away the fleshy parts.

The fibres are then washed, sun-dried, combed and dyed using traditional herbal dyes made with natural materials from the Dumbara valley.

The mat is created with a loom, and motifs and designs are added using a lath, a flat, narrow strip of wood with a hole at one end. The weaver inserts strands of fibre into the hole, then pulls the lath through the yarns on the loom to create the desired motif. Dumbara mats are a traditional item of great cultural significance for Sri Lankans, and the practice is transmitted from parents to children through observation and practice.

This inscription of traditional Dumbara mat weaving craftsmanship brings an immense reputation to Sri Lanka and its living cultural heritage.

A nomination was submitted by the Ministry of Buddhasasana, Religious, and Cultural Affairs in association with the National Library and Documentation Services Board and the Divisional Secretariat Offices of the two relevant districts.

Everything you wanted to know about Leena Nair, the new global CEO of Chanel

Micro review: ‘The Right Side of History: How Reason and Moral Purpose Made the West Great’
2019-04-15