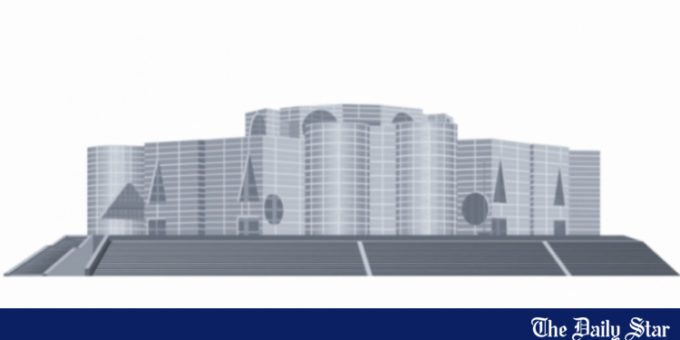 Tasneem Siddiqui, a teacher at the Department of Political Science of Dhaka University, appeared before a parliamentary body to explain an interview in a national daily about remittance income.

The parliamentary standing committee on finance ministry earlier summoned her to appear before the committee and to explain an interview published in Prothom Alo on February 8 titled “There is no similarity between remittance flows and reality of expatriates.”

Although an opposition lawmaker opposed the summons, the issue was discussed at the meeting of the parliamentary watchdog at the parliament building in the presence of Professor Tasneem.

In the interview, Tasneem Siddiqui said, “If remittance flow was high, then why have families of immigrants become weak during the Coronavirus pandemic? Why do they have to borrow? Their food source was reduced as well. The amount of foreign remittance and the reality of expatriates do not match.”

When asked about the issue, Abul Hassan Mahmud Ali, chairman of the parliamentary body said parliament secretariat will send a press release informing media about this as he declined to make any comment.

BNP MP Harunur Rashid, a member of the committee said he opposed the summons.

Harun said Tasneem Siddiqui’s statement is a reality. It is true that many expatriates returned from abroad at the beginning of the Coronavirus pandemic and they couldn’t bring anything, he said.

Tasneem did not make any comments when she was asked about the summons before the committee.

In a press release issued by the parliament secretariat, it was said that Professor Tasneem expressed regret in the meeting saying that only the headline of the interview was negative and the rest of her interview was positive.