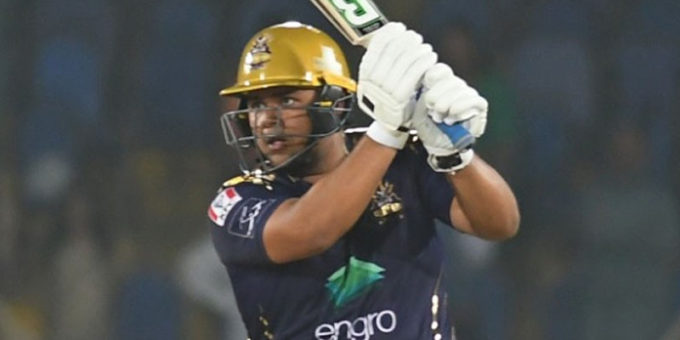 Veteran South Africa
batsman Faf du Plessis believes that uncapped Pakistan batsman Azam Khan does
not need to be super-fit to be successful in international cricket.

The 22-year-old was selected in the Pakistan’s T20I squad
for tours of England and West Indies.

Du Plessis, who is representing Quetta Gladiators in the
Pakistan Super League, while speaking in a press conference stated that players
need to have an urge to improve every single day in order to

“If it comes to fitness, every guy has the responsibility to improve every day,” he said. “I don’t think you need to have six packs to be a successful cricketer. If you look at the players in the past, they performed regardless of how they looked. The only difference between a player who performs for a short period of time and someone who went on to become a great is their hunger to improve in any aspect every single day.

“Therefore, I don’t think he [Azam] has to look like me to
become a successful player. I think it is unfair to compare two individuals. He
has a completely different role compared to me. He is someone who can hit the
ball a long way. I think for him, it should be small steps every day like how
he can improve his fielding, how he can stay fit to not become tired after
scoring 20-30 and went on to score 70 or 80 runs.”

Most of the viruses were previously unknown to humans, study finds — ScienceDaily
2021-07-24