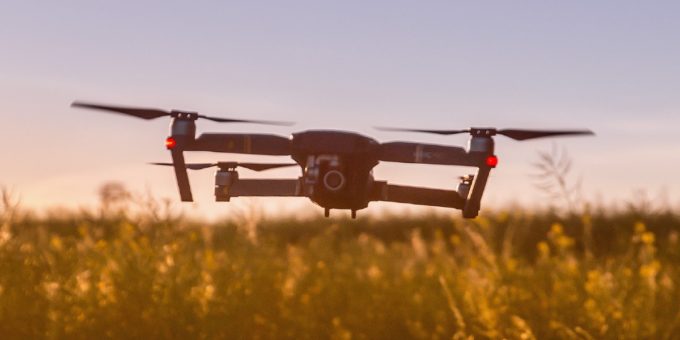 Beyond Visual Line of Sight (BVLOS) trial run for drone delivery of medicines was successfully completed in Bengaluru on Friday.

The pilot was led by Throttle Aerospace Systems (TAS) and UDAN (Ude Desh ka Aam Naagrik) under the supervision of the Director-General of Civil Aviation (DGCA).

The trial was conducted within a 15-km radius at Gauribidanur on the outskirts of Bengaluru by UDAN for the last mile delivery of medicines.

During the pilot, two variants of drones were successfully tested– Medcopter X4 and Medcopter X8– with simulated deliveries to UDAN customers. Pharma Deliveries of up to 2kg payload were tested at various distances in the designated area varying from 2-7 kilometres aerial distance. The pilot deliveries saw an average of 3.5 kilometres distance being covered in 5-7 minutes. Two different modes of deliveries were also tested–tethered lowering of shipment and landing of copter with the shipment.

The success of the pilot run opens up the possibility of using beyond-line-of-sight drones for last-mile delivery of shipments in minimum time, to areas with improper road connectivity as well as faster deliveries in dense urban settings. Once commercialised, in addition to regular deliveries in remote areas, the technology can also be used to supply lifesaving drugs and medicines at the time of the natural disaster, pandemics, and calamities to the remotest corners of the country without facing any infrastructure or logistical challenges.

The trial conducted by TAS and UDAN is a testimony of their commitment to build a world-class supply chain to ensure medicines and essentials can reach easily every corner of India.

“The efforts by the authorities to integrate drones in the supply-chain ecosystem is a major step towards creating a framework for efficient last-mile delivery. The success of today”s trial run opens a massive opportunity to revolutionize customer experience in the distribution and logistics space. It is aligned with our vision to build tech-enabled solutions to empower small businesses such as kiranas, shop owners, chemists, and MSMEs that are based in the remote corners of Bharat,” said Soumyadeep Mukherjee, Product Engineer of UDAN.

CBC poll: Results give us an idea of who the vaccine hesitant in Alberta really are
2021-05-14