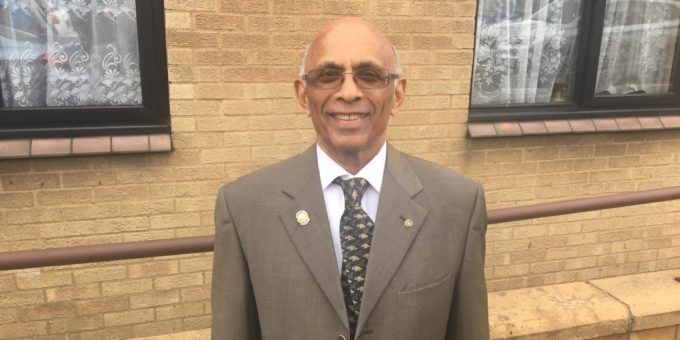 A POPULAR doctor who reformed healthcare in Bolton has died after battling coronavirus.

The grandfather created the country’s first GP co-operative in the borough, before going on to open Pike View medical centre on Albert Street, in 1983.

Daughter Veni, 52, said: “My father was such an active member of the community and the medical profession.

“He was such a kind and generous person, we’ve had so many calls and messages from doctors around the country telling us what he did for them.

“One man told us that he helped him through his darkest times after his son committed suicide.

“Others said he got them into professions or lent them money.

“He was a very special person who gave a lot – he used to say that there was no point living unless you gave.

“It’s helped us see that he was loved by so many people.

“Our lives are so intertwined as a family that being without him is like there’s a piece missing from your favourite jigsaw.”

Originally from South India, Dr Korlipara travelled to London 56 years ago, working in his first medical job at the Royal Free Hospital.

With the help of the Indian YMCA in London, he secured a job in Bristol, before moving to Wigan, Sheffield, and then Bolton in 1968 with wife Uma, now 74.

Determined to prove himself to his father, Dr Korlipara decided to become a general practitioner, starting out at Dr Rab Choudary’s practice in Chorley New Road.

He left later that year, setting up the Community Practice just down the road in 1970, before encouraging other doctors to form Bolton District Medical Services – a co-operative that provided out-of-hours services, cutting out privately-owned firms.

Veni added: “His main hobby was just socialising – he loved meeting people and going out for dinner.

“He loved keeping fit, he got on the treadmill every morning, and went out for a walk every night – he loved seeing his friends along the route.”

The fit and healthy man had been diagnosed with Covid-19, and had been feeling unwell for just a few days before he had a cardiac arrest, linked to the virus.

Veni, sister Devi, and younger brother Prasad have been video chatting with their father every night during lockdown, helping to close the distance between them all.

More than 600 people attended Dr Korlipara’s funeral service, with the family hoping to host a memorial next year.

Deepening Conflict in Ethiopia Catches Civilians in the Crossfire

Yasir Hussain – Everything You Need to Know About