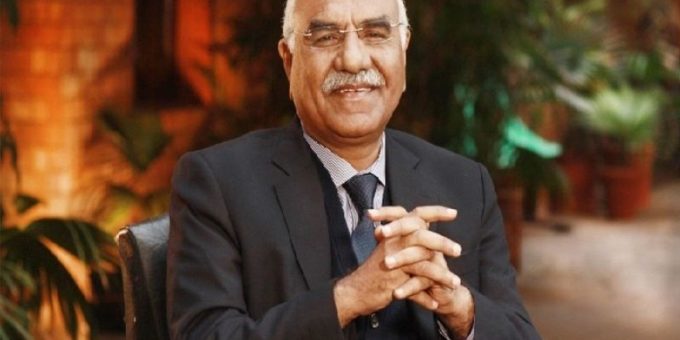 Dr. Amjad Saqib, the head of the country’s largest interest-free microfinance program Akhuwat, has been nominated for the Nobel Peace Prize 2022.

Amjad Saqib is a Pakistani philanthropist who is praised for his efforts in poverty alleviation. His organization Akhuwat was established in 2003 with USD 100. His organization has now distributed more than 1 billion USD among five million poor families through Islamic microfinance.

Dr. Amjad Saqib graduated from King Edward Medical University. He started his career by joining the esteemed civil service of Pakistan in 1985.

During his service, he served in key high-level government positions. He chaired Punjab Rural Support Programme for seven years. The project aimed at social mobilization, community organization, and provision of financial access to the poor.

He resigned from his civil services in 2003 and founded Akhuwat. He became the main driving force of the organization. The organization has been working for the past seventeen years and now operates on a viable structure of Shariah-compliant microfinance. He is also voluntarily serving other non-government organizations working in the field of education, health, banking, and finance.

Besides him, 343 candidates from around the world have been nominated for the Nobel Peace Prize for 2022. This includes 251 individuals and 92 organizations.

Commenting on the development, Amjad Saqib said: “My services are beyond such awards and they are purely for the sake of Allah.”

He said that no person can nominate himself for the prize and denied involving any lobby for his nomination.

He also said: “An official of a foreign country might have recommended my name for the award as people across the world are familiar with my services for humanity… but I am not aware of any such development.”

Dr. Amjad Saqib is also the recipient of the Ramon Magsaysay Award for his “first-of-its-kind” interest-and-collateral-free microfinance program.