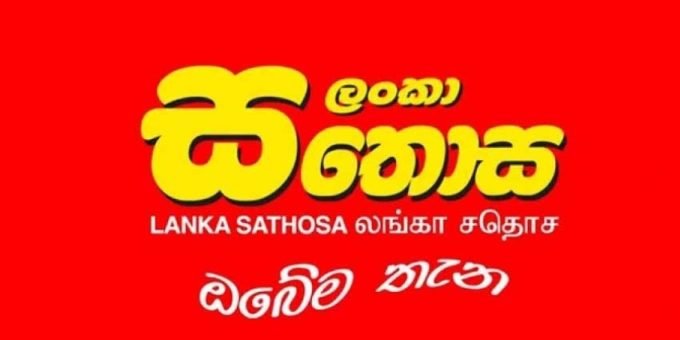 COLOMBO (News 1st); On the 18th of December 2021 Sri Lanka’s Minister of Trade – Bandula Gunawardena said a joint decision has been taken by the Sathosa Management and officials at the Ministry of Trade to provide a package of goods at a concessionary rate of Rs. 1998 to the people and they will be handing over these packs to homes. Therefore the allegations citing that there are no goods at Sathosa will eventually become baseless.

However, many people who dropped by at Sathosa stores across the island left to their homes either empty-handed or with a very low amount of essential goods. People stood in long queues as well.

A customer in Borella said that there are no relief packs let alone a gram of rice and even though he wanted 3 kilograms of sugar they gave him only 2 kilos.

Some accused that they cannot find what the Minister was talking about and most of the shelves at Sathosa were empty. People said to our reporters that only the Minister might have goods with himself because there is no point in going to Sathosa as they headed back home empty-handed due to the unavailability of essential items.

Shortage of flour and rice was also reported.

Consumers in Kandy pointed out that they cannot find rice anywhere, even though the news reported that there is no shortage of rice in the country. They said those are just blatant lies.

Another disappointed consumer said that Sathosa is being operated merely for the namesake and however, there are goods in the black market.

Coronavirus and immunity: Why you should add less salt while cooking

Man Tied With Rope, Thrashed Over Suspicion Of Theft In Rajasthan
2019-08-18