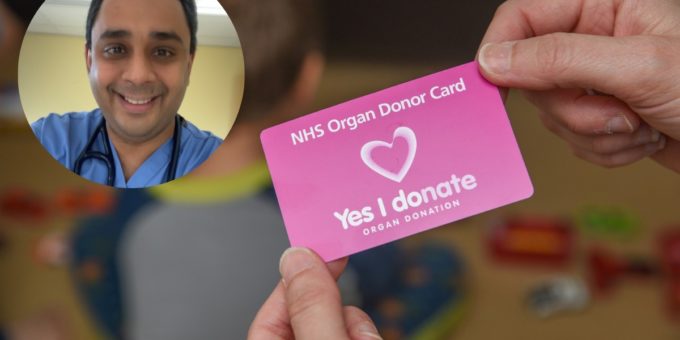 Organ donors from black, Asian and minority ethnic backgrounds are being sought following a shortfall during the pandemic.

NHS Blood and Transplant has reported that the number of living organ donors from BAME backgrounds dropped by 61 per cent during the coronavirus.

This led to many patients being “suspended” from the waiting list.

Dr Jason Seewoodhary, GP at Barbourne Medical Centre in Worcester, has encouraged people from BAME backgrounds to consider registering as a donor.

He said: “I would urge all members of the BAME community to think long and hard about the enormous benefits afforded by registering as a living organ donor.

“You will not only save a life but also a family, friend and community. It’s probably the greatest gift you could offer.”

He added that for organ transplants to be successful, blood and tissue types need to match, this is most common where donor and recipient are from the same ethnic background.

NHSBT said that as of March 31, there were 1,237 people from BAME communities on the waiting list. This equates to 29.5 per cent of all people waiting for a transplant.

Dr Seewoodhary added: “There are lower consent rates and opt-in registrations to the organ donor register from BAME communities.

“Reasons for this have been investigated through a UK-based survey. This looked into attitudes towards organ donation within BAME communities and found that of those surveyed only one per cent of BAME people were registered as organ donors, 42 per cent were unwilling to become donors, 29 per cent were willing or already registered and 28 per cent were undecided.

Elections Canada won’t require workers to be vaccinated, but vows voting will be safe for seniors