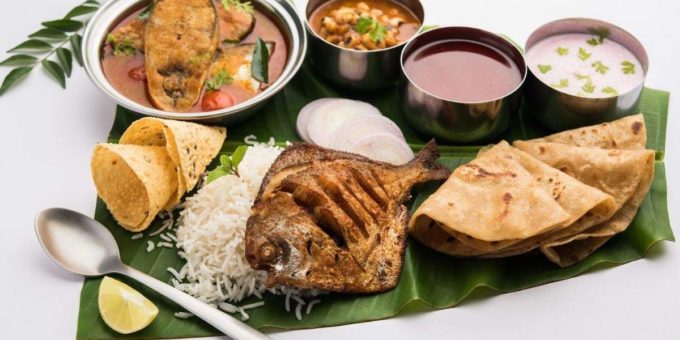 The Konkan region is a rugged section of the western coastline of India which comprises of the coastal areas of Maharashtra, Goa and Karnataka. It stretches North-South from the city of Mumbai in the North to Goa, which borders the southern tip of Maharashtra. The region has a rich Konkani culture and is home to many scenic beaches, many of which are yet to be commercialized and retain their pristine beauty.

Influenced by the traditions and culture of these three states, the Konkan region has some of the best seafood recipes of India and has become one of the most popular cuisines of recent times. Seafood like prawns, crabs and fish, coconut and local spices are some of the main ingredients used in Konkan recipes. Though Konkani food is closely associated with fish, the vegetarian version is also equally delicious. Here is a look 7 dishes from the Konkan belt you need to try.