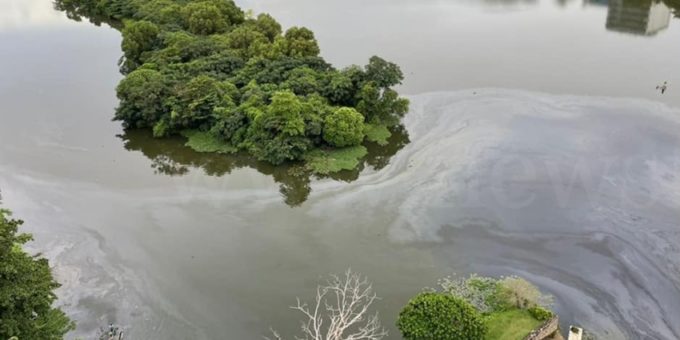 COLOMBO (News 1st); Sri Lankan authorities have launched an investigations into an oil spill that was visible in the Diyawanna Oya since 17th September 2021.

But the Central Environmental Authority says the oil is not spreading.

Its deputy director general Ajith Weerasundra told News1st the oil spill seems to have been caused by intention.

Those responsible have not been identified yet.

He added that the water quality in the Diyawanna Oya is poor.

Meanwhile, Environment Minister Mahinda Amaraweera said authorities are yet to find the source for the oil spill and tests are being carried out.

“People Like You Make The World A Better Place,” Writes Ali Fazal For Fiancee Richa Chadha Amid Anurag Kashyap Row
2020-09-21