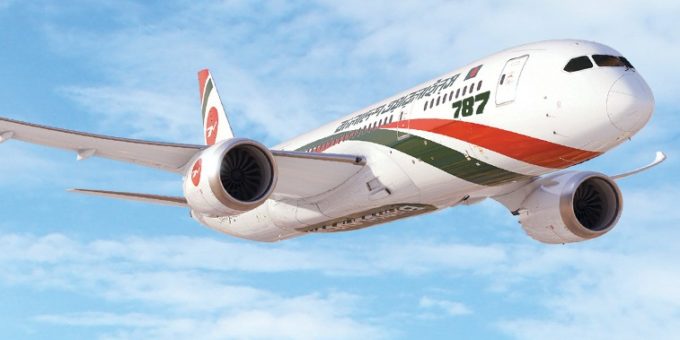 Direct flights to Bangladesh from Manchester Airport are set to resume this Christmas.

Biman Bangladesh Airlines will re-commence services to Dhaka and Sylhet from Boxing Day and will fly twice a week until 28 March.

Karen Smart, Managing Director of Manchester Airport, said: “There has been significant demand for a direct service to Bangladesh for many years, so when the route returned in 2019 it was greatly received. It is therefore really positive news to see the route return as the aviation sector begins its road to recovery.

“Manchester Airport is the UK’s gateway to the North of England and within our catchment area there are many long-standing Bangladeshi communities for whom this will make a massive difference.

“There is also a great number of northern companies who trade with Bangladesh, and many more with a desire to do so, meaning this route is a real boost for them and will unlock and enable many business opportunities.

“I look forward to working with the team at Biman Bangladesh and making the route a success.”

Kazi Ziaul Hasan, Assistant High Commissioner of Bangladesh in Manchester, said: “The resumption of direct flight by Bangladesh Biman is a significant and firm step on the part of Bangladesh’s national carrier in the service sector.

“This direct flight will re-energise the movement of people, infuse dynamism in trade and business opportunities. As Bangladesh graduates to developing country status and the size as well as resilience of the economy augments, trade and investment opportunities are enormous. “The Assistant High Commission registers its profound appreciation to concerned authorities in Manchester for their cordial role in facilitating the resumption of flight operation by Biman Bangladesh in Sylhet-Manchester sector. “The Biman Bangladesh founded by the Father of our Nation, Bangabandhu Sheikh Mujibur Rahman in 1972, is gradually extending its reach and services to become a leading global airline, as envisioned by Prime Minister Sheikh Hasina.”

Coun Abdul Jabbar MBE, deputy leader of Oldham Council, said: “I am absolutely delighted that Biman Bangladesh will be resuming this direct flight from Manchester. When the route was launched it was an extremely convenient service for the many people of Bangladeshi heritage living in the North West of England.

“Through the Partnership Board, we intend to continue to build Greater Manchester’s relationship with Bangladesh, and will support and promote this vital route.”

Return economy flights start from £680 and business class from £1,796. The first flight will depart from Manchester on Boxing Day (Sunday), and then from 30th December will operate on Fridays and Mondays.