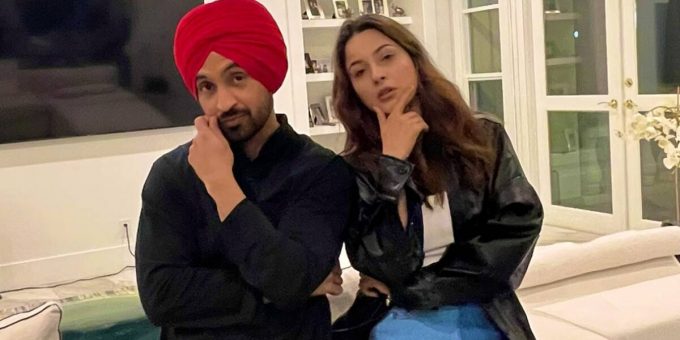 The shooting of Diljit Dosanjh, Shehnaaz Gill and Sonam Bajwa starrer Punjabi film Honsla Rakh has wrapped up in Canada and on the special occasion, the stars of the film shared some photos from the wrap party.

Diljit shared a tweet with the caption, “#HonslaRakh Shooting Done”.

Diljit previously shared this video from the wrap party.

Shehnaaz also shared a photo from the wrap party on her Instagram.

The team of Honsla Rakh has been shooting the film in Vancouver, Canada, for the past few weeks. Diljit was earlier sharing photos and videos from the film’s set in Canada and it looked like the team was having a gala time.

The film’s first look had Diljit hugging a pregnant Shehnaaz as they gazed into each other’s eyes.

The film also stars Gippy Grewal’s son, Shinda Grewal and is being directed by Amarjit Singh Saron. It marks Diljit’s debut as a producer. He is backing the film under his banner Story Time productions. Apart from Honsla Rakh, Diljit will also be seen in Jodi in 2021.

Honsla Rakh is scheduled to release on October 15.

Minissha Lamba has found love again: ‘I’m in a happy relationship with a lovely person’
2021-06-17