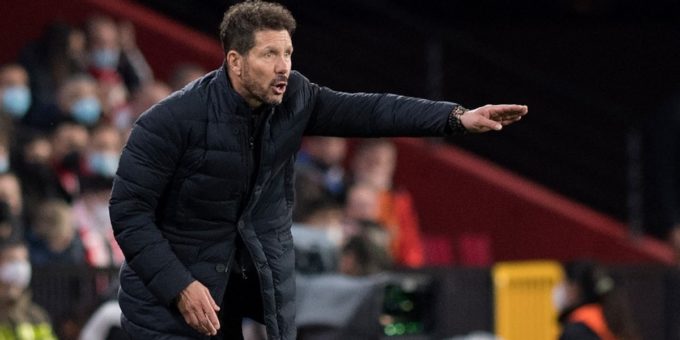 Diego Simeone celebrates 10 years in charge of Atletico Madrid on Thursday, an increasingly rare accomplishment in the febrile arena of top level football management. The feat is even more remarkable given Atletico’s track record before the Argentine’s arrival in 2011. The Spanish side’s previous owner, Jesus Gil going through 37 coaches in his 16 years in charge. During the past decade Simeone has awoken a sleeping giant to upset the domestic duopoly of Real Madrid and Barcelona, guiding Atletico to two league titles, two Europa Leagues and a Copa del Rey as well as reaching the Champions League final twice.

AFP Sports picks out five other managers who have spent 10 years or more at the same club.

“I am not an extra-terrestrial,” commented Roux about his longevity in the Auxerre dug-out with the second of his three spells at the club stretching from 1964-2000.

Roux turned Auxerre into a force in French football, peaking with the Ligue 1 title in the 1995/96 season. Renowned also for developing young players careers, including Eric Cantona and Basile Boli, he would later bemoan how managers have become more expendable in the modern game.

“Clubs do not give people time to construct something. The first ill wind and the manager is gone.”

Ferguson’s era at Old Trafford got off to an inauspicious start and he could easily have been sacked without lifting any silverware but for an FA Cup third round win at Nottingham Forest in January 1990 that proved the launch-pad for decades of success.

The Scot would go on to win 13 Premier League titles as United became the dominant force in English football and in Ferguson’s own words knocked Liverpool “off their perch” as the club with most English league titles.

Ferguson was made to wait longer for Europan glory, but finally lifted the Champions League as part of a historic treble in the 1998/99 season and did so again in 2008.

He put his longevity in one of the most pressurised jobs in football down to pacing himself as he got older.

“When I was a young man I wanted to be in charge of everything. I wanted to rule the world,” he told The Sun.

“When you get older you realise it is not worth it and you have to trust people around you. wanted the players to see I still had the same energy.”

‘King Otto’ nurtured the talents of the likes of Rudi Voller, Karl-Heinz Riedle and Mario Basler and the side’s exploits became known as ‘the wonders of the Weser’.

“If I had listened to journalists, I would have left before the (1988) championship. But I only listen to my wife and President Dr. (Franz) Bohmert,” he commented in 1991.

He was finally prised away from Bremen when Bayern Munich came calling in 1995. Although he failed to last a season in Munich, he proved himself capable of succeeding as the underdog once more in him in famously guided unfancied Greece to the Euro 2004 crown.

Munoz was given the unenviable task of rebuilding Real’s empire after the side containing Ferenc Puskas and Alfredo di Stefano that won the first five European Cups went passed their prime.

The former midfielder was also part of those sides and became the first man to win Europe’s showpiece club competition as a player and a coach on top of nine league crowns.

Even that legacy of success did not stop the demanding Madrid crowd calling for his head once Barcelona gained the upper hand in the mid-1970s.

“John, you’re immortal now!” was how Stein’s fellow Scotsman and Liverpool’s legendary manager Bill Shankly assessed the achievement in Celtic becoming the first British side to lift the European Cup in 1967.

The former coalminer guided the Bhoys to 10 league titles and eight Scottish Cups in his tenure before he was persuaded to step down in 1978 and nominated his long-time captain Billy McNeill to succeed him.

“Big Jock was ahead of his time in so many ways,” McNeill told the Glasgow Times in 2004. “He revolutionised Celtic, and maybe Scottish football as well.”

Leah Messer: I’m So Excited to Spend My First Christmas With Jaylan Mobley!

Covid in China: Xi Jinping and other leaders given domestic vaccine
2022-07-23