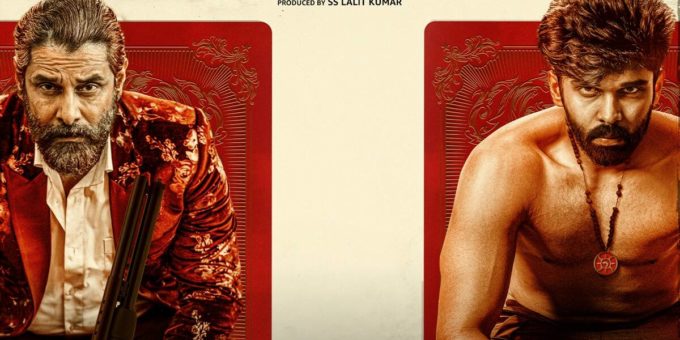 Mahaan is a special movie for Dhruv for more than one reason. The film allowed him to work with two of his big movie idols: Vikram and Karthik Subbaraj, very early on in his career.

“I was in class 10 when I saw Karthik sir’s Pizza. And I have been his fan ever since. I had gone with my whole family to the theatre to watch the movie and we couldn’t believe that he was a first time director. And I became very curious about him and started watching his videos from the Naalaya Iyakunar show and short films. And it was before Jigarthanda. After that film, he became my favourite director. I was so eager for my father to work with him. I kept praying for that. But, when Karthik sir told me he had a story for me and my father, I was immediately in. It was a life-long dream to work with him,” Dhruv said during a group interview.

The actor noted that he fully appreciated the opportunity the film offered him and he was very devoted to the movie right from the beginning. “Karthik sir’s script has so much detail that you can feed off it. I have seen all of Appa’s movies. I have admired him as a fan. I wanted to do justice to him and make him feel proud. I thought I shouldn’t imitate my father. At the same time, I should make both Appa and Karthik sir happy.”

Being the son of one of the finest actors in the country, Dhruv didn’t have to look far to learn the methods of acting. “I study all my father’s films and then ask him questions about them. He’s a fine thinking actor. He knows what to do to convince the audience. In this film especially, I noticed that Appa and Bobby (Simha) managed to feed off each other’s energy. The friendship they have in real life is reflected on the screen. Appa’s acting methods are constantly evolving. And in this film, he lived as Gandhi Mahaan,” he remarked.

“For me, this is a dream come true moment. No matter how many films I would do in my life, this will be my most special one. I gave my soul to the character,” he added.

Vikram also shared Dhruv’s sentiments and he was very confident about Mahaan clicking with the audience. “We don’t know when Dhruv and I will work together again. And I thank Karthik for giving us this opportunity. It will always be a special film in our hearts,” he said.

Mahaan will premiere on Amazon Prime Video on February 10.

Poonam Pandey claims her number was leaked with indecent messages by Raj Kundra’s firm after she terminated her contract : Bollywood News
2021-07-23