Dharmendra has been responding to Twitter users a lot lately. Recently, a user commented on Dharmendra’s tweet and asked him if he had gone crazy. The actor, on the other hand, replied to the troll and took the conversation to a philosophical level.

Dharmendra shared a picture of the proposed granite statue of Netaji Subhash Chandra Bose at India Gate on the freedom fighter’s birth anniversary. He wrote, “I salute you Neeta ji ….Zindagi hai qaum ki ….tu Qaum par lutaye ja.” Then the actor responded to his own tweet and wrote, “Dharam, your belief, your faith in yourself has changed your life. Be yourself.”

At this point, the actor was quick enough to respond to the user and said, “Koi baat nahin Anshuman …. Pagalpan se hi zindagi mein Inqilab aata hai.” The troll then replied to this as well and wrote, “Thik hai”. 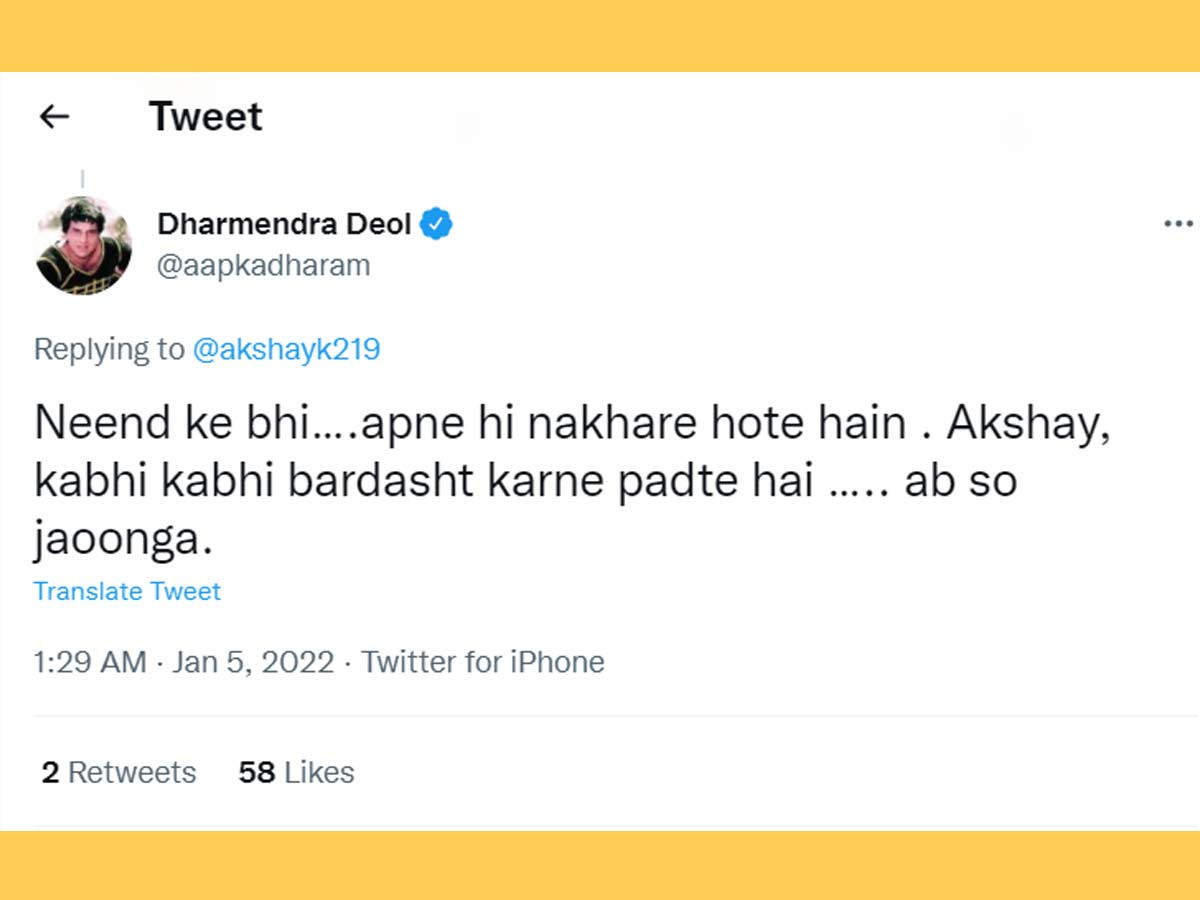 Dharmendra often replies to tweets he receives from fans and others. Early this month, a fan commented on the actor’s habit of going late to bed and the actor replied to the user by saying, “Neend ke bhi….apne hi nakhare hote hain . Akshay, kabhi kabhi bardasht karne padte hai ….. ab so jaoonga.”

Christine Brown: I Left Kody After Becoming a Bada$$ B–ch!