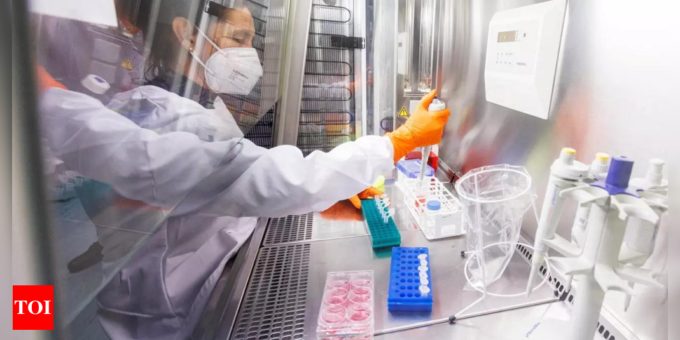 COPENHAGEN: Denmark will receive 200 monkeypox vaccines from the Netherlands this week and is working on buying thousands more, as the country mulls vaccinating close contacts of those infected with the disease, its health minister said on Wednesday.
“On Friday, we will receive 200 vaccines against monkey pox in a collaboration with the Dutch government,” Health Minister Magnus Heunicke told public broadcaster DR.
“In addition, we are working on purchasing 2,000-3,000 vaccines for our emergency response,” Heunicke added.
The vaccines will most likely be those produced by Danish biotech company Bavarian Nordic, whose smallpox vaccine has been approved in the United States for use against monkeypox.
Bavarian on Wednesday raised its sales outlook after signing the second contract in a week with an undisclosed country for the supply of its vaccine.
The Danish Health Authority said it was investigating the option of vaccinating people who have been in close contact with a person infected with the disease.
There have been more than 200 suspected or confirmed cases in Europe and North America of monkeypox – a disease usually found in west and central Africa – according to the World Health Organization.
Denmark has registered two cases of monkeypox infection during the outbreak, both related to travelling in Spain. The first case had visited Gran Canaria.

What Didi's US exit tells us about China and Wall Street