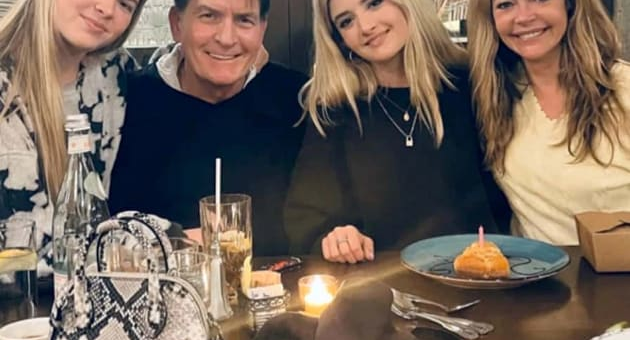 Sami Sheen, the 17-year old daughter of Charlie Sheen and Denise Richards, has come out with a scathing allegation.


Earlier this week, via a TikTok video, Sami said she was the victim of abuse last year — implying that Richards, an actress and former Real Housewives of Beverly Hills cast member, was the parent responsible for said abuse.


“1 year ago today: trapped in an abusive household, hated myself, would go days without eating or sleeping, insanely depressed, hated school, etc…” said Sami in her video.


Sheen and Richards were married for four years.


share daughters Sami, 17, and Lola, 16, and have next to no contact with each other at this point, as far as we know.


As you can see in this message, meanwhile, Sami never directly accused Richards of any kind of abuse. She doesn’t name any names.


However, sources told both The New York Post and The Sun that Sami was residing with her mother in 2020.


Thankfully, the teenager later added a second video on TikTok in which she outlined why and how things have improved for her in dramatic fashion over the past several months.


“now: finally moved out of the hell house, had a spiritual awakening, own 2 cats, happy single, full of self love, and dropped out of high school.”


Richards, who left The Real Housewives of Beverly Hills following last season after being accused of cheating on her husband with Brandi Glanville, has responded to her daughter’s claims via a representative.


“Denise set normal rules that any parent would be setting,” this person told Page Six.


“She’s a mom and a parent and there are rules.


Not sure if throwing your 17-year old daughter under the bus is the best course of action here.


But to each her own, we suppose.


“Charlie didn’t support implementing Denise’s rules. He has a different way of parenting and Sami decided to live with her dad.


” Denise loves her daughter very much and she’s saddened by the situation.”


Sheen also chimed in on this potential scandal… as only Charlie Sheen can.


“Sam’s amazing. I love her and all my children unconditionally. We’re having a ball. GED here we come!” he said.


Richards, meanwhile, filed to divorce the troubled actor when she was six months pregnant with Lola.


Alluding to her ex-husbandd’s history of partying with drugs and women, Richards on an April 2020 episode of the aforementioned franchise:


“Even though he’s Charlie Sheen, that is still, to them, their dad.


“I never talk badly about him and I want him to be part of their lives because I met a lot of the women that Charlie entertained and a lot of them had father-daughter issues.

Photos: Deepika Padukone and PV Sindhu head out for dinner together

Vicky Kaushal starrer Sardar Udham to release on Amazon Prime Video: ‘The story of a revolutionary’
2021-09-23