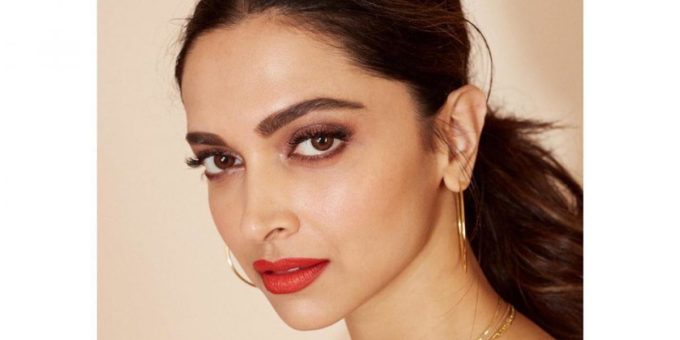 Deepika Padukone, who is usually seen wearing black at the airport, has sported a completely different fashion statement this time. Deepika Padukone was recently spotted at the airport wearing a traditional pink banarasi suit with her hair tied back in a ponytail and traditional khussas in maroon color. Her sheer pink dupatta was lined with delicate golden detail. She matched her maroon bag with the khussas as she was seen smiling at the photographers and fans. Deepika Padukone kept her makeup natural and fuss-free.

Deepika Padukone recently celebrated her first wedding anniversary with husband Ranveer Singh and respective families as they made a trip to the Venkateswara Temple and Golden Temple to seek blessings. Deepika Padukone and Ranveer Singh got married in an intimate wedding ceremony at lake Como, Italy in November 2018. The couple later hosted three receptions in India to catch up with their friends and extended family.

Deepika Padukone was recently spotted in an interview with Anupama Chopra where she spoke about the responsibility of Cinema in shaping up the minds of the people. According to Deepika Padukone, it was important to be socially responsible as it had long-lasting impacts on the masses. In the same interview, she accidentally said that Alia Bhatt would soon be getting married. However, she instantly clarified it.