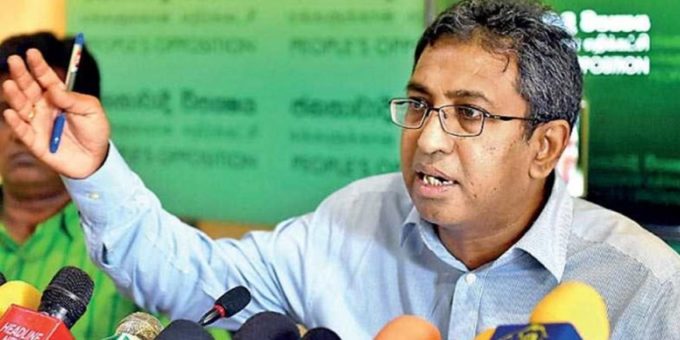 Against this backdrop, import expenditure and debt repayment have become glaring problems.

The Government is currently focusing on obtaining the assistance of the International Monetary Fund (IMF) to settle this issue, and it is due to be discussed at length on Monday’s (13) Cabinet meeting, when the Secretary to the Ministry of Finance and the Governor of the Central Bank will also be attending the meeting.

Meanwhile, MP Dr. Harsha de Silva has requested the Government to give the opportunity to the Opposition if they are unable to face the economic crisis.

Dr. Harsha De Silva, speaking to media stated that if the Government already went to the IMF, this would not have been as large of an issue it had become today.

Furthermore, he stated that it is too late to go to the IMF now, as the crisis cannot go further than this stage. Pointing out that the country does not even have a thousand million USD in liquid money right now, the MP questioned as to who in the country bought international sovereign bonds from the secondary market and kept the money while making the whole of Sri Lanka suffer.

Emphasizing that in the end, a situation has arisen where this Government is unable to repay its loans, Dr. de Silva said that speaking to India about this issue might be a better alternative.

Moreover, Dr. de Silva stated that the country should speak to India and request them for funds, for purchasing medicines and food.

Speaking further, MP Harsha de Silva stated that at this time, the Opposition is ready to give the Government the support it needs on behalf of the people.

He also stated that able MPs such as Eran Wickramaratne, Kabir Hashim and himself are present in the Opposition, therefore the Opposition can save the country with its definite solutions.

Meanwhile, MP Manusha Nanayakkara also expressed his views on the issue, stating that the Central Bank currently owes $ 2,800 million and saying that by the 15th of January the country will be devalued in dollars.

“After that oil could not be imported to this country. We will not be able to import bring milk powder. No gas. There will be no way to import apples and betel, but also formula that is given to children,” the MP stated.

Additionally, MP Nanayakkara also stated that when a country cannot deal with the world, that country becomes a failed state, and pointed out that some Government MPs may also leave the country abruptly, and may even resign.

From ivory lehenga to floral jewellery: All about Katrina Kaif’s Haldi look