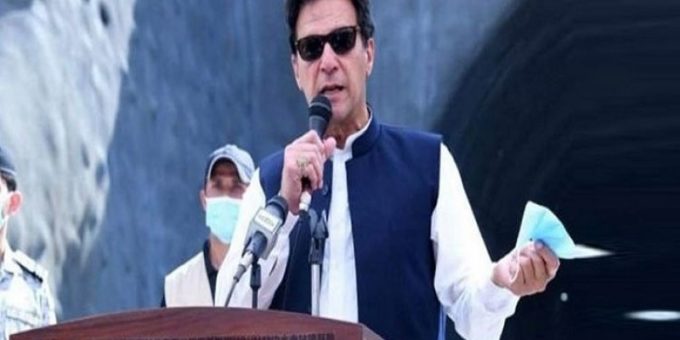 Prime Minister Imran Khan on Friday said the construction of water reservoirs in the country is vital to meet the impending challenges of water shortage and power generation.

In his interaction with the workers, including foreign engineers, during his visit to the construction site of Dasu Dam, the prime minister expressed satisfaction over the pace of ongoing work and lauded their efforts towards completion of the project.

The prime minister said completion of the Dasu Dam will ensure cheap and clean electricity and ease the burden on consumers.

PM Khan said the project will usher in a new era of socio-economic development in the country.

He said that costly electricity triggers inflation in the country. “Our industry was growing 50 years ago when we had cheap electricity, thanks to Manga and Tarbela dams.”

The prime minister added that cheap electricity will benefit industry the most.

Phase-I of the Dasu Dam will be completed by 2025 and it will start supplying 2160 megawatts to the national grid.

After completion of Phase II in 2029, the capacity of the dam will be increased to 4320 MW.

The work at the Dasu Dam has been enhanced under the government’s policy to diversify power production.

The purchase of land for the dam has been finalized and the construction is continuing in compliance with SOPs, despite the coronavirus situation.

In a tweet, the minister said it would be completed in two phases and the first phase will be completed at a cost of Rs511 billion.

Some 80% of the project cost of the first phase will be borne by Wapda and the remaining 20% will be provided by the World Bank.

Farrukh Habib said the project will inject Rs12 billion units of cheap and environment-friendly power in the national grid, besides creating 8,000 jobs.

Salman Khan recalls how Prabhu Dheva thought his Tamil dubbing for Dabangg 3 was no different than a foreign language :Bollywood Latest News
2019-10-26