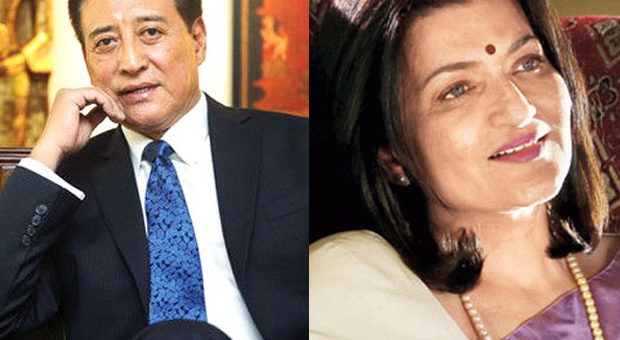 The ensemble cast of Sooraj Barjatya’s next just keeps getting better and better. The film which narrates a tale of friendship features Amitabh Bachchan, Anupam Kher, Boman Irani, Neena Gupta, and Parineeti Chopra in key roles. Now, according to the latest reports, Danny Denzongpa and Sarika have also joined the cast of the film. The film titled Oonchai will be going on floors next month.

As per reports, Oonchai is a slice of life story about four friends who are aged 60 plus. Amitabh Bachchan, Boman Irani, Anupam Kher, and Danny Denzongpa will be playing the character of four friends. The film will go on floors in Nepal in October with a 40-day schedule.

The team will also be shooting in Mumbai and Delhi before calling it a wrap. The makers are targeting to complete the shooting by March 2022. Neena Gupta, Sarika, and Parineeti Chopra also play pivotal roles in the film. While the details of their characters have been kept under wraps, Parineeti is said to be the light of the film.

After Oonchai, Sooraj Barjatya will begin with the pre-production of his ambitious marriage drama with Salman Khan. The film is said to be about a married couple set against the backdrop of nuclear families.

20 Years After 9/11, One Of Last US Marines Killed In Afghanistan Comes Home

Not every missing person attributable to the state: DG ISPR
2019-07-07