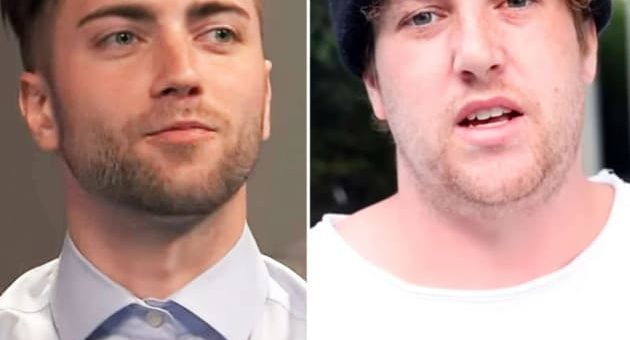 Ink Master’s Daniel Silva has been arrested for murder following the death of Corey La Barrie, a YouTube personality who was killed in a car accident on Sunday.


According to Los Angles Police Department spokesman Officer Tony Im, the fatal crash took place on Sunday, May 10, in the Valley Village area of California.


La Barrie was reportedly in the passenger’s seat of a 2020 McLaren 600LT when the vehicle slammed into into a street sign and a tree at very high speed.


Sources indicate that he was transported to a local hospital and evenually pronounced dead.


TMZ, meanwhile, was the first outlet to report that Ink Mater star Daniel Silva was behind the wheel of the sports car.


Witnesses told the website that Silva had been drinking earlier in the evening at a party in celebration of La Barrie’s 25th birthday.


The tragic incident occurred just after 9:30 p.m., per authorities, when “a 2020 McLaren 600LT was traveling eastbound on Huston Street at a high rate of speed when the driver lost control.


“Driver then ran off the road and collided with a stop sign and a tree on the northeast corner of Huston Street and Carpenter Avenue.”


According to the police, there was no sobriety test conducted on the 27-year-old Silva at the scene because he was injured (reportedly with a broken hip) and rushed to a local hospital.


But authorities also allege that Silva tried to flee the scene shortly after the accident.


“The driver of the McLaren exited the vehicle and attempted to leave the scene but was stopped by citizens who came to render aid,” the LAPD said.


“No other vehicles were involved in the collision.”


The LAPD subsequently arrested Silva for murder at 11:45 p.m. on Sunday.


He was booked shortly before 4 p.m. on Monday and is being held on $200,000 bail, according to Los Angeles County Sheriff’s officials.


The Los Angeles-based tattoo artist is best known for appearing on season 10 of Ink Master, a competition series for tattoo artists.


Silva also has a YouTube page — with over 230,000 subscribers — where he shows off his ink work.


Prior to his passing, La Barrie — who had over 330,000 subscribers of his own on YouTube and over 200,000 followers on Instagram — was celebrating his birthday while listening to 2 Chainz “Birthday Song” and drinking champagne on Instagram.


He also posted a vlog on Saturday, which he titled “Deleting This Video In 24 Hours….” during which he told fans he would be live-streaming his birthday festivities on Twitch.


La Barrie’s brother, Jarrad, paid tribute to the late star on Twitter, explaining that his brother died “in a car accident with his drunk friend driving.”


“This isn’t something I thought I would ever have to sit here and type out for a very long time or what I wanna do right now but everyone deserves to know, my brother Corey passed away last night in a car accident with his drunk friend driving…


“this is the hardest thing I’ve ever had to do I don’t know how I’m supposed to do this without you I miss you so much already this isn’t fair.”


“Thank you for always being the best big brother I could ask for I love you so f—— much life’s never gonna be the same without you R.I.P. P.S. say hit to grandad and grandma for me I love you.”


“My heart breaks right now, on my sons 25 birthday today he was very drunk and got into a car with a drunk diver,” she wrote on Monday, May 11, via Instagram, adding:


“The accident killed him instantly. No words can describe the sadness I feel in loosening a child.


“It just feels so unreal and I’m overwhelmed with grief. I love you so much Corey and will miss you so so much. It’s just so unfair.”

David Warner And Wife Candice “Back Again” With Dance Video On TikTok. Watch

Are you a travel addict? How bloggers, influencers and writers are coping with coronavirus lockdown, Lifestyle News
2020-04-11