Breaking News
2022-11-26 India, UAE Central Banks Hold Talks On Rupee, Dirham Trade 2022-11-26 What Are WhatsApp Polls and How Do You Use Them? All You Need to Know 2022-11-26 Raveena Tandon visits the sets of Baap; clicks selfie with Sunny Deol, Mithun Chakraborty, Jackie Shroff and Sanjay Dutt : Bollywood News 2022-11-26 Rockets target US Syria base in latest strike: Centcom 2022-11-26 Ukraine Draws Parallels Between Holodomor and Russia’s Strikes 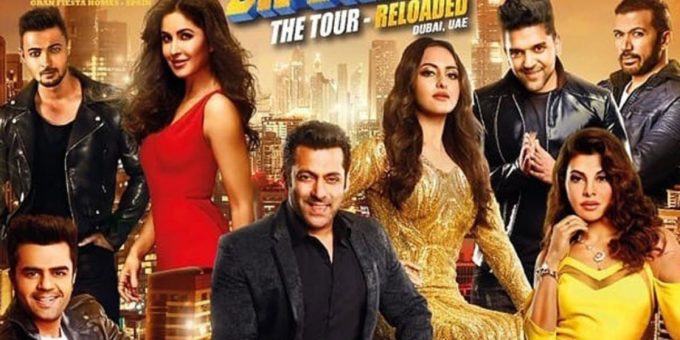 They’re back! Da-bangg The Tour Reloaded brings back Salman Khan, Katrina Kaif, Sonakshi Sinha, Jacqueline Fernandez and more coming back to Dubai on November 8 for a night packed with extraordinary Bollywood star power. The live concert starring India’s hottest celebrities will blow audiences away with captivating choreography, hit songs and playful banter from the actors. Katrina Kaif took to social media and shared that the team is all set to enthrall Dubai next month in Coca Cola Arena.

The tour, which is inspired by Salman Khan’s blockbuster movie franchise ‘Dabangg’, has graced stages across the United States and Canada and returns to Dubai in less than a year at the Coca-Cola Arena. The sensational dancer Prabhudeva, singer Guru Randhawa and actress Daisy Shah will also be joining the stellar line-up of acts.

The tour which was earlier planned this year was cancelled by the organisers on the day of the event. Sources have said that the event was canceled because of the wind and rain conditions in the UAE. Salman Khan, Katrina Kaif, Sonakshi Sinha, Jacqueline Fernandez and Daisy Shah were all set to meet their fans in a high-energy performance in this Bollywood concert. The tour was a recurring event in Dubai and fans were devastated at this news of not being able to get a chance to see their favorite stars.

In a press conference held at that time, Masala! had learnt about the various performances that would have been on the schedule today. Jacqueline Fernandez had plans of performing a belly dance, secrets of which she shared with the journalists present in Dubai. The press conference was also attended by Salman Khan’s nephew.