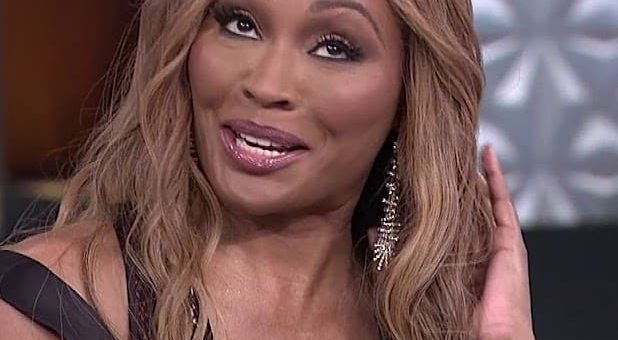 You want the truth?


Cynthia Bailey is not a Colonel in the movie A Few Good Men.


She thinks you can handle the truth.


The long-time Bravo personality announced a few days ago that she’s leaving The Real Housewives of Atlanta, stating for the record:


“After much thought and consideration, I have made the very difficult and heartfelt decision not to return for the next season of The Real Housewives of Atlanta.


“Thank you NBCUniversal, Bravo and Truly Original for over a decade of partnership. I can’t wait to see what we do next!”


Bailey’s decision came amid a great deal of speculation over cast changes for 2022.


Cynthia has talked on The Wendy Williams Show just this past summer that her time as a series regular might be coming to an end.


“Thank you to my Real Housewives of Atlanta cast mates for eleven of the most unbelievable years of my life; and the most incredible & UNFORGETTABLE memories!” she concluded a few days ago.


“I am so grateful to have had this amazing journey, and I am anxiously waiting to embark on new adventures.


“Most importantly, THANK YOU to my fans! I could not have done it without your blessings, love, and support.”


Is there more to this story, though?


“It’s been an incredible journey and I have to be honest you guys, I’m happy but I’m also sad at the same time,” Cynthia said E! News’ Daily Pop on Friday, October 1.


“It’s almost like ‘what in the world, how did I do this for 11 years?’ When I look back, even looking at the intro, I want to go back and watch all the seasons with me on it.


“Because when you live it, when you’re a part of it, it’s actually very difficult show to watch sometimes. It’s a hard show to do.


“I feel like I did it, I did it my way and I made it out alive, with a brand and a whole husband.”


Bailey told Williams a couple months ago that she didn’t want to be fired from the show.


And she added here that the choice to walk away was a long time in the making.


“It was time, it was honestly time,” the model continued.


“I had been thinking about it for a while, just the whole transition. I knew it wasn’t going to last forever. I knew I didn’t want to do it forever.”


An extended hiatus following Season 13, the understandable result of Covid-19, played a role in Cynthia’s decision, she explained.


“Ironically, I actually introduced the friend contract on the show, but that’s neither here nor there,” she said.


“And I thought, ‘You know what? That may be a perfect way for me to transition. I don’t have to commit completely fully to being a Housewife, and I can be a friend and kind of phase myself off the show.’


“And then I decided, you know what, cut the cord.”


Did fairly new husband Mike Hill play any role in Bailey walking away?


“Listen, let me correct the streets,” Cynthia fired back at this chatter.


“Mike has always been super supportive of me, for sure. At the end of the day, he wants me to do what is going to be best for me and what’s happy for me…


“The reality of the situation is, I’m tired. I want to do something else. There’s so many other things I can do.”


Just days after Bailey quit The Real Housewives of Atlanta, Porsha Williams did the same.


“After ten life-changing, gratifying, incredible years, it is finally time to begin my next chapter,” wrote Williams on Instagram this week.


“This was a difficult decision to not only make, but also come to terms with.


“It’s one I have put a lot of thought into and because of that, I know it’s the right one.”

Samantha Akkineni and Naga Chaitanya are getting separated

Alberta seeks to intervene in B.C.’s appeal to Supreme Court on energy projects
2019-07-12