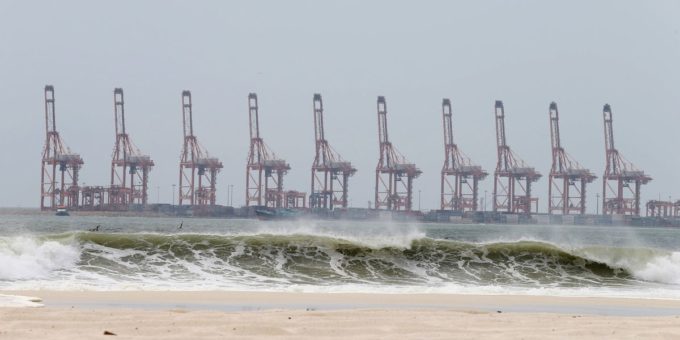 DUBAI, Oct 3 (Reuters) – The centre of Tropical Cyclone Shaheen hit land in Oman on Sunday having already killed least three people, and authorities urged residents to evacuate coastal areas and delayed flights to and from the capital, Muscat.

Part of the eyewall of the storm, where the most severe weather occurs, had entered Al Batinah South governorate, the state news agency said.

The national emergency committee said the power supply would be cut in al-Qurm, east of the capital, to avoid accidents. More than 2,700 people were put up in emergency shelters.

Most of the oil-exporting country’s five million people live in and around Muscat. Roads in the capital would be open only to vehicles on emergency and humanitarian journeys until the storm dies down, authorities said.

In the United Arab Emirates, authorities said precautionary measures were being taken. Police officials were moving to ensure safety by conducting security patrols near beaches and valleys where torrential rains were expected.

Saudi Arabia’s civil defence authorities called for caution in several regions from Monday to Friday in expectation of heavy winds that may trigger floods, the state news agency reported.

8 Killed In Violence During Protest Against Ministers In UP: Police