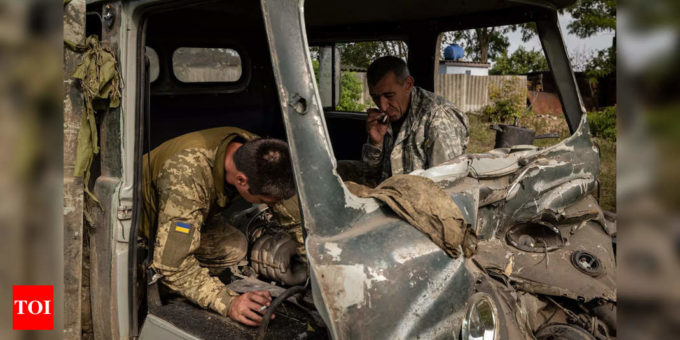 MOSCOW: Authorities in Moscow-annexed Crimea said Thursday that a thermal power plant on the peninsula was targeted by an overnight drone attack, but claimed it was not badly damaged.
“Today at night there was a UAV (unmanned aerial vehicle) attack on the Balaklava thermal power station,” the Russian-installed governor of Sevastopol Mikhail Razvozhayev said on Telegram. “The transformer is minimally damaged. There were no casualties,” he added.

Sonia Mishal Calls Out Feroze Khan’s Sisters On Their Silence

I would feel bad that people didn’t know my name, just the character, says Pankaj Tripathi
2022-05-16

Samir Kochhar: Didn’t know Bade Achhe Lagte Hain was so popular when I signed it
2020-06-12