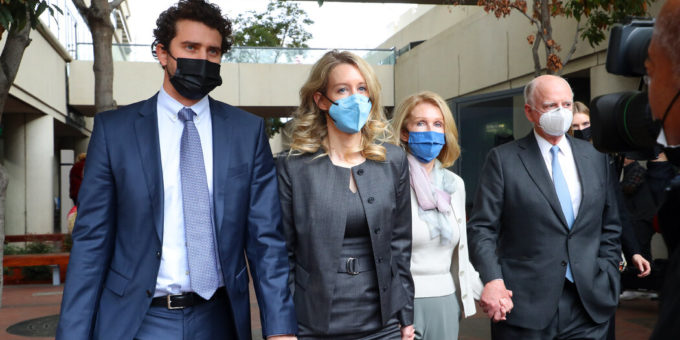 Inflation climbed to its highest level in 40 years at the end of 2021, a troubling development for President Biden and economic policymakers as rapid price gains erode consumer confidence and cast a shadow of uncertainty over the economy’s future.

The Consumer Price Index rose 7 percent in the year through December, and 5.5 percent after stripping out volatile prices such as food and fuel. The last time the main inflation index eclipsed 7 percent was 1982.

Policymakers have spent months waiting for inflation to fade, hoping supply chain problems might ease and allow companies to catch up with booming consumer demand. Instead, continued waves of the coronavirus have locked down factories, and shipping companies have struggled to work through extended backlogs as consumers continue to buy foreign goods at a rapid clip. Forecasters expect price gains to weaken this year, but how quickly that will happen is unclear, posing a big economic policy question for Mr. Biden and the Federal Reserve.

“Obviously 7 percent is a pretty big sticker shock,” said Omair Sharif, founder of the research firm Inflation Insights. He added that inflation could plateau around 7 percent, but would take time to ease back from that peak. It is likely to end 2022 lower, but still above the near-2 percent level that policymakers prefer.

“It’s just a lot of wood to chop to get down to anything approaching the good old days,” Mr. Sharif said.

The fresh data released on Wednesday showed the costs of used cars and food both increasing quickly, and provided further evidence that price gains are broadening beyond just a few pandemic-disrupted categories. Rents continue to pick up at a solid pace, and restaurant meals are more expensive, possibly a sign that recent wage increases are beginning to contribute to higher prices as employers look to cover higher labor costs.

That price increases are becoming more widespread — and creeping into areas that are not so directly affected by the pandemic — is a worrisome development for economic policymakers, who are now poised to respond. Federal Reserve officials have indicated that they expect to raise interest rates several times this year as they try to cool demand and the economy in an attempt to prevent the pandemic-era burst in prices from becoming a permanent feature of the economic landscape.

Jerome H. Powell, the Fed chair, emphasized on Tuesday that the central bank was shifting into inflation-fighting mode after nearly two years of trying to prop up the pandemic-stricken economy by keeping interest rates near zero. Officials expect price gains to slow considerably, but are closely watching how quickly that happens as they consider the pace of rate increases. Investors expect four rate moves this year, and policymakers penciled in three as of their December meeting.

“If we see inflation persisting at high levels longer than expected, if we have to raise interest rates more over time, we will,” Mr. Powell told lawmakers during a Senate Banking Committee hearing on Tuesday.

Fed officials target a separate inflation index, the personal consumption expenditures measure. The C.P.I. data released Wednesday feeds into those figures and are released earlier, which is why they draw investor and policymaker attention.

Controlling inflation is primarily the Fed’s job, but rising prices are a political liability for Mr. Biden. Democrats are heading into a challenging midterm election year, when they will battle to retain control of Congress. Republicans have increasingly accused Mr. Biden and his party of driving prices higher by flooding the economy with too much money in 2021, including a third round of stimulus checks, and the president’s poll numbers are showing dissatisfaction among voters.

Inflation concerns are also complicating Mr. Biden’s ability to pass his sprawling climate and social policy bill. Senator Joe Manchin III, the West Virginia Democrat who holds a key vote given his party’s razor-thin control of the Senate, has cited high prices as one of the reasons he won’t back the legislation.

Mr. Biden and his advisers have tried to put a positive spin on the numbers, while acknowledging the pain that price increases are causing consumers. They point to the economy’s quick rebound from the pandemic-induced 2020 recession, including falling levels of unemployment. The administration is also trying to use its executive powers to alleviate supply chain problems and cool off costs — pushing ports to extend their opening hours and releasing strategic petroleum reserves to help bring fuel prices down — though most economists say those moves help only around the edges.

On Wednesday, the administration highlighted that the monthly gain in headline inflation had ticked down slightly — to 0.5 percent from 0.8 percent in November — though that rise is still unusually rapid.

“This report underscores that we still have more work to do, with price increases still too high and squeezing family budgets,” Mr. Biden said in a statement after the release.

Policymakers and economists had initially hoped that rapid price gains would fade quickly in 2021, and many still expect them to moderate throughout 2022. But economists are paying attention to a few factors that could keep prices rising too quickly for comfort.

Housing costs, based on what it costs to rent a place to live, make up about a third of the Consumer Price Index, so the fact that landlords are charging more will matter to overall inflation.

“My gut feeling is that the pace of appreciation is going to be slower in 2022 than it was in 2021,” said Jeff Tucker, a senior economist at Zillow. “But I don’t see rents actually dropping or getting more affordable.”

Global supply chains also continue to experience disruptions that are leading to shortages of parts and products and pushing costs higher across broad array of consumer goods.

The price of food grew 6.3 percent and apparel rose 5.8 percent in the year to December. Used cars and trucks — a big factor in price gains since last spring, along with new vehicles — surged 37.3 percent. Auto manufacturers have been struggling to obtain parts — particularly computer chips imported from Asia — delaying production of new vehicles and pushing up demand for a finite supply of used ones.

More disruptions could be in store. The Omicron variant of the coronavirus is leading to worker shortages for factories, ports, trucking companies and warehouses in the United States and overseas. And recent lockdowns in China meant to contain the coronavirus, inspired by the country’s continued embrace of a zero-tolerance policy when it comes to the pandemic, could exacerbate the chip shortage, among other supply chain issues.

“If they stick to their zero-case doctrine, a global supply chain disaster is on the horizon,” Tinglong Dai, a professor of operations management at Johns Hopkins University Carey Business School, said about China.

There have been early signs that shipping route snarls and depleted inventories may be moderating, but many businesses say they have seen little improvement.

The price to ship a 40-foot container from Asia to the U.S. West coast hit $14,572 this week, down slightly from a peak of more than $20,000 in September, but still nearly a tenfold increase from two years ago, according to data from Freightos Group.

The group’s data also showed that delivery times for ocean shipments from China to the United States stretched to a record 80 days in December, up 85 percent from 2019.

“Much of the tumultuous nature of the supply chain that occurred over the entire last year continues, and unfortunately there is not a lot of relief in sight,” said Douglas Kent, the executive vice president of strategy and alliances at the Association for Supply Chain Management.

That has become clear to Caroline McCroskey, 27 and from Tulsa, Okla., who manages marketing for a furniture manufacturer that imports pieces from China and Cambodia and sells them to major retailers. The company has seen sharp cost increases as shipping container prices have rocketed higher.

“The freight is bad enough, but we’ve seen a dramatic increase in leather hides and fabrics” along with other raw materials, including steel and foam, she said. “Nobody is feeling super optimistic about shipping rates returning to normal anytime soon.”

As it lingers, high inflation has been denting many Americans’ confidence in the economy, based on consumer surveys.

Economists and Wall Street analysts tend to focus on a measure of prices that strips out food and fuel costs, because they jump around from month to month, but those expenses matter to household pocketbooks.

Gas prices moderated somewhat in December, providing some relief for consumers, but “food at home” costs have been growing steadily more expensive and prices for meals at limited-service restaurants surged by 8 percent in 2021.

Jon Willow, 55, of Interlochen, Mich., has seen grocery costs climb steeply since the pandemic started — so much that she and her partner have tried to move away from purchased produce by canning vegetables from their garden and heating their henhouse through the winter so that their chickens keep producing eggs.

“We have a no-food-left-behind policy at the house now — we use everything,” she said, noting that they had preserved tomatoes, squash and asparagus.