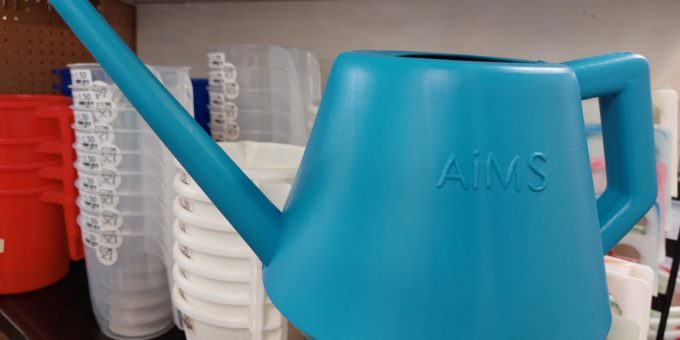 Restrictions on travel and trade due to covid are causing lota shortages in the UK.

The ‘long nosed’ lota hails from one part of Pakistan and a shopkeeper says Covid restrictions means they are quickly running out of the utensil.

A lota is a type of small-sized vessel made of brass, copper or plastic used across South Asia. It is most commonly found near a toilet.

There are several types of lota but the long-nosed has become popular in the UK with some householders.

A spokesperson for Penny Profit based on Victoria Street, Blackburn said: “Getting shipments in from Pakistan is proving to be problematic.

“The long-nosed lota is only made in Pakistan and with travel restrictions in place we have really struggled to get shipments in.

“The normal type of lota is made elsewhere like places in the Middle East and there are no issues there.

“But people have their preferences and the long-nosed lota is something that has become more and more popular. Some people won’t use anything else.”

There was good news, one need not worry about a price hike following any shortages.

The shopkeeper said: “We haven’t raised the price of a lota in almost two decades so I wouldn’t worry about that.”