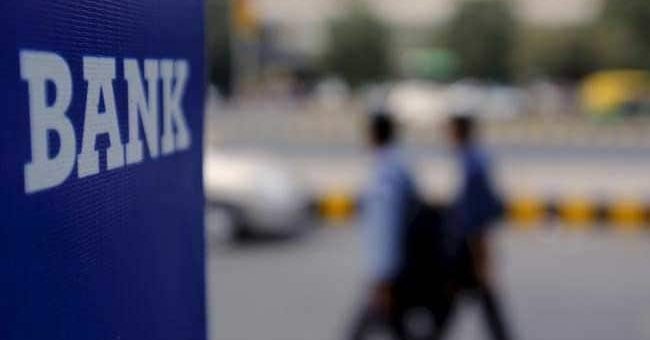 Lenders are facing a jump in coronavirus-related defaults on credit card dues, personal and vehicle loans, forcing them to set aside hundreds of millions of dollars and take steps like asking sales staff to track down borrowers who have vanished.

A near two-month nationwide lockdown to halt the spread of COVID-19 has clobbered the country’s retail financial segment, seen as the last bastion for a banking industry that had already raked up more than $120 billion in bad loans and is ranked the third-worst among 13 major world economies in asset quality.

The provisions for the bad loans are set to significantly shrink profits of privately owned lenders this financial year, while state-owned banks will need yet more government funds to survive, analysts say.

Non-repayment of credit card and personal loans has surged in the last few weeks, according to several senior bankers and industry insiders, increasing the troubles of lenders already struggling with soured loans to larger corporates, and potentially slowing down the country’s recovery from the crisis.

“The situation is so bad that even people who can pay are not paying up or are delaying their payments and all of this will snowball into a big problem,” said a banker in the retail division of a private bank.

ICICI Bank, the country’s second-biggest private sector bank whose lending is nearly two-thirds retail focused, reported a quarterly profit last week that fell way short of analyst estimates after it set aside Rs 2,725 crore ($362 million) for the coronavirus. Its shares fell after the results.

Banks such as RBL and IndusInd may be hit harder as a weaker deposit franchise makes them more vulnerable.

Public and private sector banks grew their retail lending rapidly over the past five-six years as the country’s economy expanded and consumption increased.

Retail lending was not only more profitable – rates on credit cards could be as much as 36 per cent annually compared to the 9-12 per cent that banks typically charge corporates – it also helped banks reduce their exposure to the cyclical risks of industrial businesses.

Since 2015, retail lending has grown at an annual average of nearly 15 per cent, at least twice that of corporate lending, as the purchases of overseas trips to gadgets and automobiles were bankrolled by the lenders.

Even before the coronavirus struck, that surge drew caution from the banking regulator, which warned over the last few years that lenders were being too aggressive in the retail segment. But the warnings were ignored by the banks, and by non-banking financial companies (NBFCs), also known as shadow banks.

Shadow banks account for nearly 20 per cent of total loans in the country and typically lend to individuals in the informal sector who find it difficult to secure loans from a bank. The hit from the virus has been particularly severe on them.

Suman Chowdhury, chief analytical officer at ratings agency Acuité Ratings & Research, said he estimated only a fifth of borrowers from shadow banks have paid up in April and May, and expects the same at their next due date as individuals try to conserve cash.

If the norms for bad loans-classification aren’t relaxed by the central bank in the coming months, such loans at shadow banks will double in the next six months, he added.

The country’s economy has ground to a standstill amid the lockdown, that, according to several rating agencies and analysts, will lead to its gross domestic product (GDP) contracting in the year ending in March.

As revenues dwindle, companies are rushing to cut costs, leading to a spike in job losses that bankers fear will result in more defaults.

The Centre for Monitoring Indian Economy, an independent think-tank, estimates that during March and April nearly 114 million people in the country lost their jobs.

Loan recoveries have also been hamstrung by hundreds of thousands of migrant workers leaving cities as work dried up.

“Many are not traceable now and it is proving to be very challenging,” a senior executive at a leading NBFC said, adding that people from the firm’s sales team were being moved in dozens to focus on debt recovery.

Collections have also dropped due to a moratorium on loan repayments allowed till end-May by the central bank. If that moratorium is not extended, bad loan ratios could spike sooner, analysts said.

At 9.5 per cent of total banking assets in 2018, India’s bad loan ratio was worse than even Italy’s and Portugal’s, according to Indian credit ratings firm CARE, which cited World Bank data.

Prime Minister Narendra Modi’s government and bankers expect that ratio could double to 18-20 per cent by March 2021, which would push lenders deep into the red and threaten the viability of some state lenders, necessitating fresh capital infusions.

The government has already pumped in close to $50 billion over the last five years into state-run banks, the worst hit by the bad loan problem. Till early last month it was considering investing at least $2.7 billion to $3.3 billion more, but the sum is now likely to go up significantly, sources said.

“With financial markets in a tailspin, the responsibility to fund new capital needs to be squarely borne by the government and/or the central bank,” said Ketki Bhagwati, a veteran banker and senior advisor to US think-tank the Atlantic Council.

Google Facing Onslaught of Antitrust Cases in US: Report