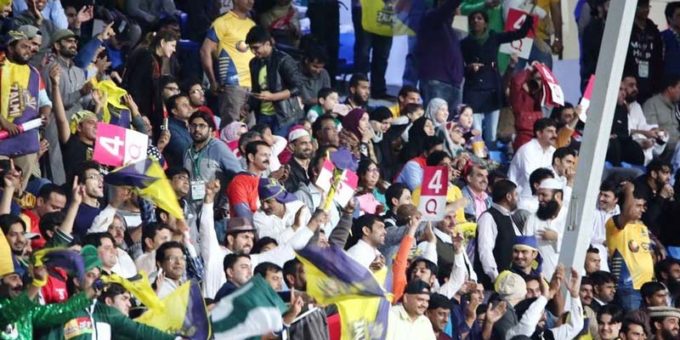 The Pakistan Cricket Board (PCB) will have a
final meeting with the National Command and Operations Center (NCOC) on January
17 to decide, whether to allow full capacity crowd or to reduce the number of spectators
for the Pakistan Super League season seven.

Season seven
of the cash-rich league is set to begin from January 27 in Karachi.

Initially, a
100 percent capacity crowd is allowed to attend the tournament, however, the recent
surge in coronavirus cases across the country including Sindh, things don’t
look good at the moment.

However,
the board is optimistic that NCOC would allow the capacity crowd to enjoy the
game at the venues.

According
to a PCB spokesperson, the first phase of the league will start in Karachi’s
National Stadium despite the surge in Covid-19 cases.

The second
phase is scheduled to start from February 10 in Lahore, he concluded.