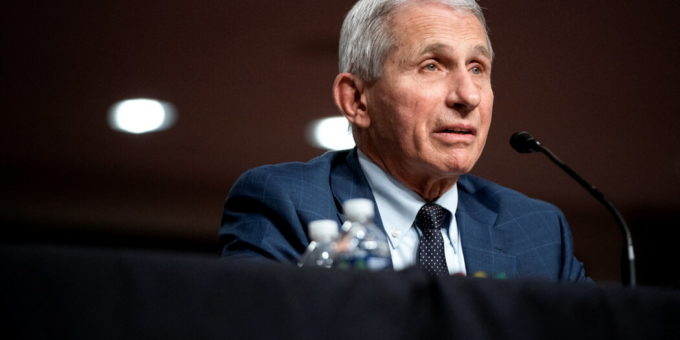 New Zealand announced on Sunday that it would impose its highest level of Covid restrictions across the country at midnight, after at least nine cases of the highly transmissible Omicron variant were reported.

The cases, in the South Island town of Nelson, are the first Omicron infections detected outside of workers connected to the international airport or the country’s hotel quarantine facilities. Prime Minister Jacinda Ardern said some of the infected people had attended a large wedding in Auckland, New Zealand’s largest city.

“That means Omicron is now circulating in Auckland and possibly the Nelson-Marlborough region, if not elsewhere,” Ms. Ardern said at a news conference announcing the restrictions.

New Zealand was pursuing a zero-Covid strategy until last year, when a major outbreak of the Delta variant forced it to give up those aspirations. But its numbers have remained low. Over the last two months, New Zealand has reported just a few dozen new cases per day.

It was unclear how the people in Nelson — members of a single, multigenerational family — had contracted the virus, though Ms. Ardern said they had recently flown on the same Air New Zealand flight as an air steward who later tested positive with Omicron.

Ms. Ardern said the new measures, classified as “Red” under the country’s traffic-light-based system, were “not lockdown.”

“At Red, businesses stay open and you can do most of things that you normally do, including visiting family and friends and traveling around the country,” she said.

But people who are not vaccinated will face significant restrictions, including being barred from worship services and from businesses that serve food or drinks. Schools will stay open, but all pupils from third grade up must wear masks. Events like weddings and funerals will be limited to 100 people, all of whom must be vaccinated. (If unvaccinated people attend, the limit is reduced to 25.)

More than 93 percent of New Zealand’s population aged 12 and up are considered fully vaccinated against the coronavirus, but only 23 percent have received a booster shot. The new restrictions are expected to be kept in place for a number of weeks as more booster shots are distributed.

On Friday, New Zealand announced that people who test positive for the virus would need to isolate for 14 days, up from 10. Their close contacts must now isolate for 10 days, instead of a week.

The Omicron variant has brought the pandemic to some of the most remote regions of the world this week. Some island nations in the Pacific recorded their first cases, prompting the first lockdowns of the pandemic in Kiribati and Samoa.

At the news conference, Ms. Ardern said that her wedding to her partner, the television host Clarke Gayford, would not be held in the coming weeks as planned.

“I am no different to, dare I say it, thousands of other New Zealanders who have had much more devastating impacts from the pandemic,” she said of the postponement. “The most gutting of which is the inability to be with a loved one when they are gravely ill — that will far, far outstrip any sadness I experience.”

The women facing rape threats and abuses on Clubhouse

Alarming xenophobic trend on the rise in Turkey