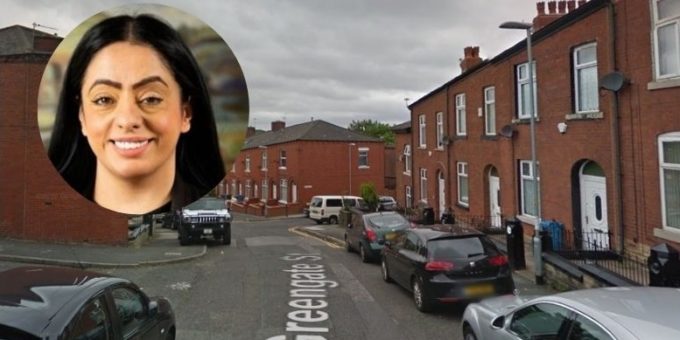 OLDHAM Council leader Cllr Arooj Shah’s car was “firebombed” in a shocking attack in the early hours of today.

Police were called to Greengate Street in Glodwick just before 1.30am after reports of a vehicle on fire.

Emergency services arrived and firefighters put out out the blaze.

No-one was hurt in the incident but minor damage was caused to a nearby property.

Cllr Shah will not be commenting about the incident at the moment, the council has said.

Greater Manchester Police (GMP) confirmed the fire is being treated as arson with detectives investigating.

It has not been confirmed if it was a targeted attack.

A force spokesman said: “Police were called just before 1:30am on Tuesday, July 13 to reports of a vehicle on fire on Greengate Street in Oldham.

“Greater Manchester Fire and Rescue Service attended along with police, and it was established that the vehicle was deliberately ignited, also causing slight damage to a neighbouring property.

“The fire was extinguished, no-one was injured, and officers are investigating the circumstances.”

Zia Ulhaq, who works at Eastern Catering on Greengate Street, is “shocked” and “outraged” after hearing about the attack.

He said: “I was worried about Arooj when I heard about the incident.

“She and her family are lovely people.

“I am shocked and outraged by this and very disappointed in humanity that someone could do something like this.”

Fellow councillors have reacted to the incident.

He added that there has been an “abusive approach” in “too much of the politics in Oldham recently, and the UK”.

Cllr Sykes said: “This is a time when we must stand together.  If you are a decent, fair-minded person, you must stand up against this appalling attack, and defend the values of our country –honesty, decency and fairness.”

Conservative councillor for Royton North, Dave Arnott, said: “This looks like a very  disturbing incident, and I’m sure a great shock for Cllr Shah.

Build a Blogging Habit with Reminders in Your WordPress App – The WordPress.com Blog

“I can never believe whatever has happened,” Hiba Nawab on rape allegations on Pearl V Puri : Bollywood News
2021-07-29

Cameraman Films Cockroach Instead Of Hockey Match, Twitter In Splits
2021-07-29