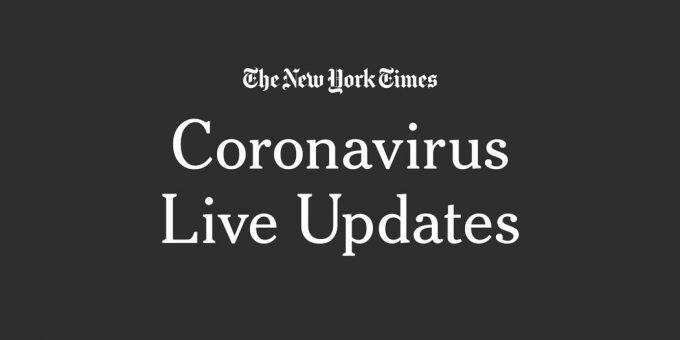 Frustrated by a nationwide testing backlog, the governors of six states are taking the unusual step of banding together to reduce the turnaround time for coronavirus test results to minutes from days.

The agreement, announced Tuesday, by three Republicans and three Democrats, was called the first interstate testing compact of its kind. The six states — Louisiana, Maryland, Massachusetts, Michigan, Ohio and Virginia — agreed to work with the Rockefeller Foundation and two U.S. manufacturers of rapid tests to buy three million tests.

More than six months into the pandemic, the bipartisan plan highlights the depth of the testing problems in the United States as well as how the lack of a federal testing program has left municipalities and states to fend for themselves. The Trump administration has offered new support to hard-hit regions by providing free testing in cities through a “surge testing” program, but the bulk of government-sponsored testing has been provided by cities, counties and states that hire third-party contractors. As a result, the length of the delay varies among states, and within them.

The United States is testing about 755,000 people a day, up from about 640,000 per day a month ago, and far more than in April and May, according to the Covid Tracking Project. But numbers alone do not tell the whole story. With testing chemicals in short supply, and an increase in cases nationwide leading to skyrocketing demands, many people still have to wait many days for results, in effect rendering those tests useless.

The survey — representing 19,000 people from 50 states and Washington, D.C., who responded to an online questionnaire last month — found lengthy wait times among those who had been tested for the virus, about 18 percent of all respondents. Respondents in a vast majority of states reported a median turnaround time of at least three days, including residents of California, Florida, Texas and other hot spots. The survey also found disparities across racial groups, an indication that people who are hit hardest by the pandemic are also having to wait longer for test results.