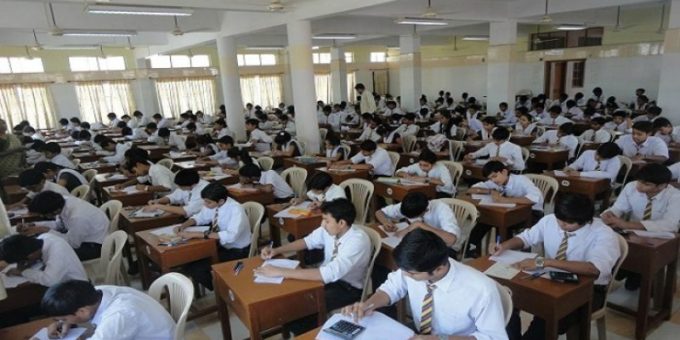 The Sindh government announced on Thursday that all educational institutions in the province will remain closed till May 30, 2020.

The decision was taken after an important meeting was held by the Sindh cabinet. Chief Minister Syed Murad Ali Shah presided over the meeting which was held to decide when schools will be opened.

“Summer vacations are being preponed in Sindh & schools in Sindh will reopen on the 1st of June 2020. Decision has been made by cabinet,” tweeted Advisor to the Chief Minister on Law Murtaza Wahab.

Previously, the Sindh government had announced closure of schools, colleges and universities as well as coaching centres across the province till March 13.

Summer vacations are being preponed in Sindh & schools in Sindh will reopen on the 1st of June 2020. Decision has been made by cabinet

The decision had been taken to ensure that the quarantine period of Pakistani pilgrims who had arrived from Iran and were suspected of having the coronavirus, would have ended.

On Thursday, Pakistan reported its 21st case of the pandemic when a resident of Gilgit Baltistan was also diagnosed with the coronavirus.

A government spokesperson said the patient — a 31-year-old resident of Shigar district — had a travel history of Iran. The patient was under treatment at the Skardu hospital, Firaq added.

On Wednesday, a 14-year-old from Skardu had tested positive for the novel coronavirus. The first confirmed case in GB was of a 45-year-old woman, who arrived from Iran a few days to Gilgit before she was diagnosed.

Sindh is the worst hit province of all from where 15 coronavirus cases emerged. Fourteen of these cases emerged in Karachi which is the city where the disease has spread the most.

Stuntman, Lowered Into Ganga Tied Up In Steel Chains And Rope, Missing
2019-06-16