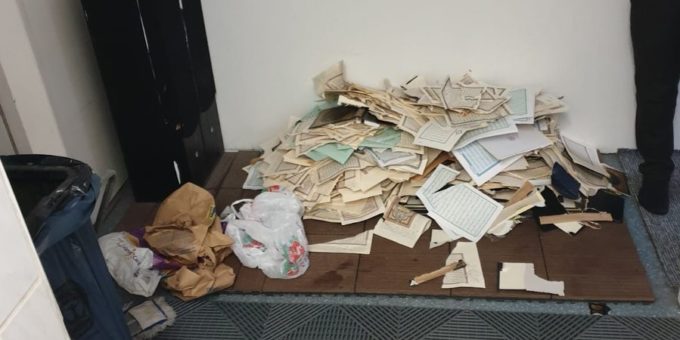 Copies of the holy Quran were ripped apart in a German mosque.

The place of worship, which is located in Bremen, was vandalised this weekend.

Images show copies of the Quran ripped-up and strewn across the floor – some of them shoved into a toilet.

@doamuslims This atrocity happened yesterday in Bremen,Germany. The attacker entered the masjid, teared up pages from the Quran, destroyed bookshelves and other religious symbols. We had 132 islamophobic offences in the first quarter 2019, most of them went unnoticed! pic.twitter.com/1S9S9SnWU1

Steffen Seibert, Chancellor Angela Merkel’s spokesman, said, “This is exactly the kind of aggression against the peaceful exercise of religion that we will not tolerate in this country.”

German Muslim leader Aiman Mazyek said that the hateful act seems to be aimed at fueling “the spiral of hatred and violence against Muslims and their mosques.”