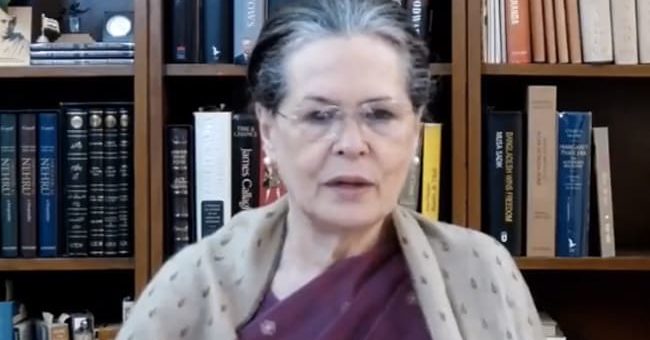 Congress president Sonia Gandhi’s virtual meeting with opposition leaders including Mamata Banerjee and Uddhav Thackeray will be held tomorrow at 4.30 pm. The meeting is aimed at consolidating the unity that the opposition displayed in taking on the government in parliament.

Over 15 opposition parties put up a united front in parliament in the recent monsoon session, which barely functioned because of disruptions and protests over issues like the Pegasus snooping scandal, the rising fuel prices and the farmers’ agitation over three central laws.

Both houses of parliament were adjourned before time as rivals traded allegations of disrupting the session.

Sonia Gandhi’s initiative is seen to be key to opposition moves ahead of the state elections next year and the 2024 national election, where the BJP will seek a third term in power.

Opposition parties have been talking about a cohesive battle plan in order to put up a credible fight in the next general election.

But as many in the opposition, including Mamata Banerjee and Sharad Pawar, stress on the importance of the Congress in these moves, questions about whether the party is up to the task of leading the opposition have merged with doubts about the Gandhis’ leadership.

To that end, Sonia Gandhi’s meeting is also seen to be an effort to underscore the Congress’s pivotal role in the opposition.

The last opposition meeting was held recently at the home of Congress leader Kapil Sibal, one of the party veterans rooting for change in the Congress leadership.

The meeting turned out to be something of a challenge to the Gandhis, whose leadership has been called into question each time the party has lost an election.

13 Bangladeshis rescued in the Mediterranean return to Dhaka