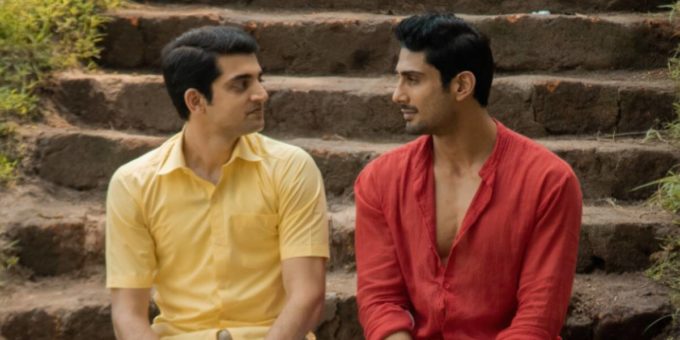 Netflix on Friday dropped the trailer of its next original film Cobalt Blue. Based on the best-selling novel of the same name by Sachin Kundalkar, the film is the story of a brother and sister who fall in love with the same man. While Prateik Babbar plays the charmer, the brother-sister duo is essayed by Neelay Mehendale and Anjali Sivaraman, respectively.

The more than two-minute trailer opens with the introduction of the primary characters. As we get to know that the family has moved to Kerala recently, we get introduced to the children in the family. While the girl, with her pixie-cut hair, enjoys playing hockey, her brother spends time in solitude playing around with a cat. The family invites a paying guest (Babbar), who soon becomes the center of attraction in the household.

As we are treated to the growing friendship between Prateik and Neelay’s character, we are told that the paying guest has already eloped with the girl of the family. While she is rescued back, the incident shatters the family. And the ones who have the hardest time are the siblings, who are both left heartbroken by the same man.

The official synopsis of the film reads, “Love. Betrayal. Closure. When an aspiring author and his free-spirited sister both fall for the enigmatic paying guest at their home, ensuing events rock their traditional family.”

Cobalt Blue is written and directed by Sachin Kundalkar. It will premiere on Netflix on December 3.