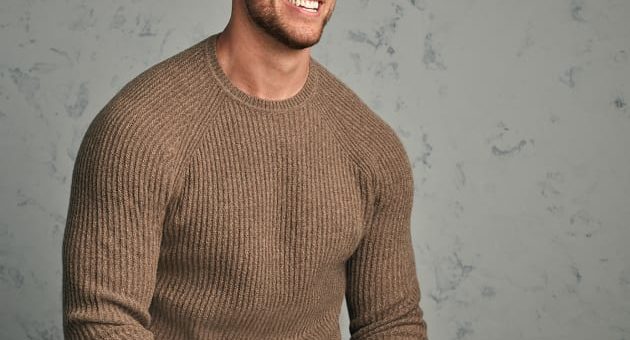 The worst-kept-secret on television has, at last, become a controversial reality.


On Monday night, ABC finally confirmed that Echard — who was eliminated last week by Michelle Young on The Bachelorette — will anchor the franchise when it returns with new episodes on January 3.


“I’m just a Midwest guy from Missouri that just wants to find love,” Echard says in the first teaser for his season, which we’ve posted below.


“And I believe more than anything that my future wife is here.”


Through verifable The Bachelor spoilers, we first heard in September that Echard had landed this role.


Heck, Clayton even confessed to being nervous about it in an interview a few days later.


And yet: ABC executives hadn’t uttered a word about Echard until now.


Many fans, meanwhile, are aghast over the selection.


Clayton will become the first Bachelor who previously rose to fame as a Bachelorette contestant … and yet did NOT advance to the final four on his season of The Bachelorette.


Did producers think far outside the box because Echard is white? Did they not follow their typical pattern and go with one of Young’s finalists because she chose all people of color?


This is the controversy.


For his part, Echard and Young bonded over his mom working as a special education teacher.


“It really speaks to the type of person that you are,” he told Young, who works as an elementary school teacher, on her season premiere.


“Because they’re … teachers are some are some of the most passionate, caring, driven people that I’ve met, and made such a positive impact on my life.”


It wasn’t meant to be between the pair, however.


“You’ve continued to show me how much you want to be the best for your future family.


“You completely checked every single box of all the qualities I’m looking for in somebody,” Young said to Echard at the end of their date last Monday.


“But I know that giving out this rose means I’m ready to meet your family and I don’t feel that I’m able to get there with you in time.


“this is incredibly difficult for me because not being able to give you this rose doesn’t mean that you’re not enough. It’s, for me, about following my heart.”


After getting sent packing, Echard broke down.


“I just want to find love so badly and have a family. And start that chapter in my life,” he told cameras during his final Bachelorette episode.


“I want it more than anything else.


The latter recently referred to the medical sales rep as his “bigger, better looking brother from another mother.”


And Young only had sweet things to say about the man she rejected.


“It was the first time a male has really just kept me up to date with that journey, and that gave me a new perspective on some things.”


Check out the first trailer for The Bachelor Season 26 here.

Priyanka Chopra gives a Jee Le Zaraa update, reveals how friends and family welcomed her to Mumbai: ‘I stayed at a hotel but…’
2022-11-07