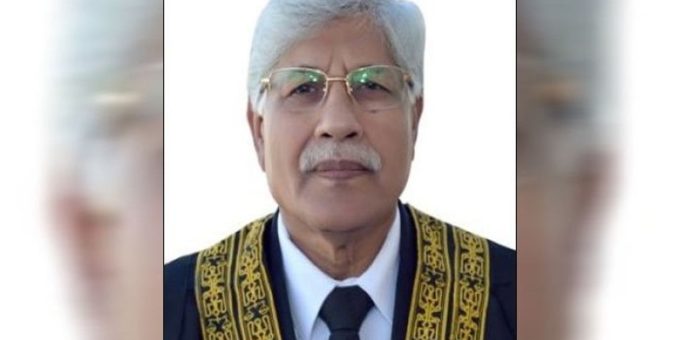 The court also directed the respondents to submit their replies within seven days and adjourned the hearing for November 26. The others include The News editor-in-chief Mir Shakilur Rehman and the newspaper’s editor Amir Ghauri.

A day earlier, IHC Chief Justice Athar Minallah, under the Contempt of Court Ordinance, took notice of the report, which claimed that in 2018 Nisar influenced judicial proceedings to prolong the detention of former prime minister Nawaz Sharif and his daughter Maryam Nawaz following their conviction in the Avenfield apartments reference. The allegations were made by Rana Shamim.

Shamim was not present for today’s proceedings presided over by IHC CJ. During the hearing, Shamim’s son told the court that the ex-judge had reached Islamabad the night before and was felling unwell. He also asked permission to play a video in the court and to bring a laptop into the courtroom. However, the request was denied.
At the outset of the hearing, the IHC CJ said that it was necessary to restore people’s faith in the judiciary.

“There is a difference between social media and traditional media,” he noted, adding that a newspaper followed a set editorial policy while social media did not.

Addressing Rehman, Justice Minallah said that a former judge was issued a notice by the court due to the publication of the story in the newspaper he is the publisher of.

The IHC CJ said that he had full confidence in his judges. “This case would not exist if I did not have confidence in them. Every judge in this court has maintained the public’s faith.”

He said that judges were also accountable and noted that it was a citizen’s right to criticise them.

Intermittent Fasting May Not Help You Lose Weight If You Are A Diabetic: Study
2020-11-23