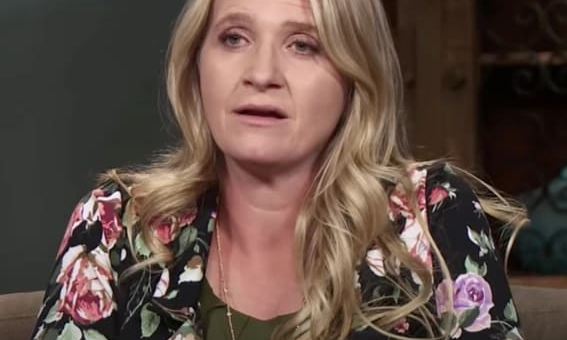 Christine Brown may be trying to go incognito on social media right now.


And, based on what many followers are saying about the Sister Wives star at the moment, we can’t say we blame her.


Allow us to explain, okay?


The film takes aim at the company LuLaRoe, aiming to expose business practices that many have labeled a “pyramid scheme” because those in high-up positions benefit from the hard work of all newcomers.


We mean this in a direct sense.


Employees low down on the LuLaRoe food chain straight-up pay to be given pieces of apparel — and, if they cannot sell this apparel, they are simply out of luck. And money.


Both Meri Brown and Christine are prominent LuLaRoe salespeople.


In the wake of this documentary taking viewers behind the scenes of this company and its shady tactics, critics have been lashing out at both Sister Wives cast members in recent weeks.


The criticism has been met with silence from each spouse, however, with Christine perhaps tryingg to now shift the conversation elsewhere.


Just consider the photo she uploaded to Instagram on Saturday.


Yes, that really is Christine Brown. We double-checked and everything!


On a related note, Brown also seemed to lean in to her new status as a villain by sharing the following photo last week and writing as a caption:


Meet the Evil Queen (from Snow White) Jewelry Set! I’ve decided to create a VILLAINS line for myself from the Kendra Scott Color Bar.


You know you can creat your own jewelry there? Its. So. Fun.


As you can see, Christine does not mention the LuLaRoe controversy anywhere at all.


But plenty of fans have been mentioning it on Reddit, among other places online.


“It’s super exploitative and they’re just using their fame to sucker people into keeping them rich,” wrote one person of the Browns and their involvement with this company.


“They could have definitely funneled all of their fame into figuring out some sort of legitimate business instead.”


“I was never a huge Meri fan to begin with, but watching that doc has really soured me on Christine.”


Christine is desperate for money — again.


This has been a theme for nearly everyone married to Kody Brown, considering he has no income outside of Sister Wives and has simply thrown away money on one awful real estate deal after another.


There is good news for Kody and his spouses on the horizon at least.


Following rumors that TLC might cancel Sister Wives, the network went ahead and renewed the program this August.

Varun Dhawan and Natasha Dalal return from their vacation