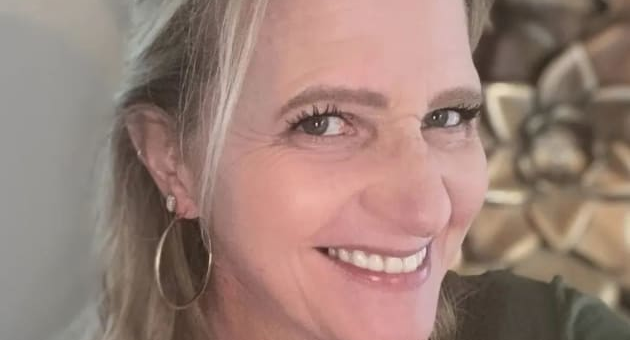 Just about two months ago, Christine Brown announced she had left Kody Brown after more than 25 years as his spiritual spouse.


Upon immediately learning of the news, many Sister Wives fans reacted in shock.


But now? After watching most of Season 16 play out? And seeing the way Kody treated Christine for so long toward the end of 2020, back when these episodes were filmed?


These same viewers are instead asking one simple question…


WHAT TOOK CHRISTINE SO LONG TO ARRIVE AT THIS DECISION?!?


Along with her fellow sister wives, Christine has reacted very negatively throughout Season 16 to Kody’s strict rules and regulations regarding COVID-19.


Kody then responded to this response by telling Christine their sexual relationship was over, as documented on the January 23 installment of this TLC reality show.


On air, Kody claimed Christine has “murdered our intimacy with betrayal,” citing said betrayal as him hearing from others that she’s “threatening” to leave their polygamous arrangement.


What a jerk, right?


“It’s over. The intimate part of our marriage is over,” Christine admitted on air.


This all took place just about a year ago.


Why didn’t Christine pack up and move back to Utah back then?


First, she needed to talk to her mother, Christine just told a fan on Cameo, who paid the Sister Wives cast member to record a message for her.


And then from there? She just needed to heed this parent’s advice and become, as she said straight out in this new video, a “badass.”


“She was saying you have to listen to your heart and make a decision based on joy,” Christine explained of her mom’s sage words of wisdom.


“But listen to your heart and really go deep into who you are as a person and then make that decision.”


The reality TV star revealed that she struggled with the notion of leaving her polygomist family behind due to their very public lifestyle.


And what did Christine’s mother say to that concern?


“So what? Make a decision for yourself and then go with that,” Christine relayed via Cameo.


The TLC personality concluded the footage in this case by thanking her fans for helping her through the difficult journey and saying she’s simply focused on “doing the next right thing.”


This isn’t the first time Christine has appeared on Cameo with a positive update about her life.


“Life is so great,” she said in a previous video on this same platform. “I had no idea life could be simple.”


It can be simple and it can be free from the controlling ways of a egomaniacal narcissist with no respect for women.


“After more than 25 years together, Kody and I have grown apart and I have made the difficult decision to leave,” Christine wrote on Instagram on November 2.


“We will continue to be a strong presence in each other’s lives as we parent our beautiful children and support our wonderful family.”


“We enjoyed many years together and I have a large amount of respect and admiration for her.


“Although we are moving forward on different paths, we will always remain committed parents.”

Dharmendra’s gives a gentlemanly reply to a troll