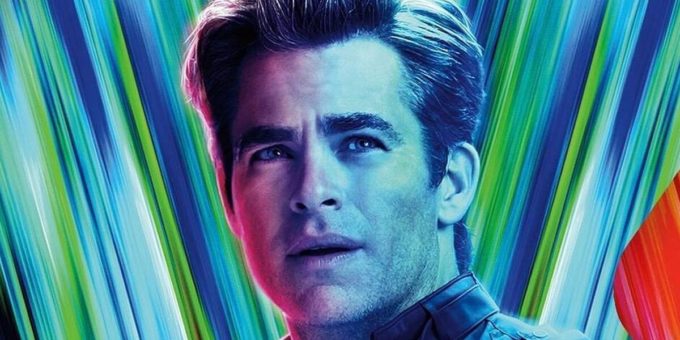 Hollywood star Chris Pine is set to make his directorial debut with a mystery-comedy film, titled Poolman. According to Deadline, the 41-year-old actor will also star in the movie along with veteran actors Annette Bening and Danny DeVito.

Poolman is being touted as a cross between Jeff Bridges-starrer The Big Lebowski and classic LA noir films, with a hint of Damian Chazelle’s La La Land.

Pine will play Darren Barrenman, a hapless dreamer and would-be philosopher who spends his days looking after the pool of the Tahitian Tiki apartment block in sunny Los Angeles and crashing city council meetings with his neighbours Jack (DeVito) and Diane (Bening).

“When Barrenman uncovers the greatest water heist in LA history since ‘Chinatown’, he makes uneasy alliances with a beautiful and connected femme fatale while following every lead he can with corrupt city officials, burned out Hollywood types, and mysterious benefactors, all in the name of protecting his precious Los Angeles,” reads the official plotline.

Filmmaker Patty Jenkins, who worked with Pine on two Wonder Woman films as well as the series I Am the Night, will serve as one of the producers on the project.

Pine has co-scripted with Ian Gotler who is a partner at the actor’s production banner Barry Linen Motion Pictures. The two will produce along with Stacey Sher for Shiny Penny Productions and Jenkins for Wicious Pictures.

Pine will next star in Olivia Wilde’s Don’t Worry Darling, co-starring Florence Pugh and Harry Styles, and the much-anticipated film adaptation of Dungeons & Dragons. He will also feature in The Contractor, a thriller with Kiefer Sutherland and Ben Foster.

Kartik Aaryan and Kiara Advani to begin shooting for their untitled love saga after wrapping up Bhool Bhulaiyaa 2? : Bollywood News