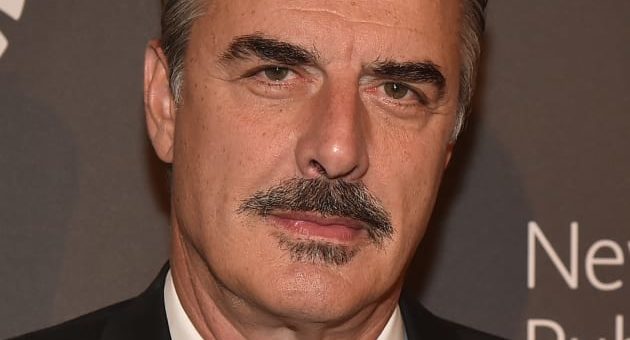 Last week, the television world was stunned when two women came forward to allege that they had been raped by actor Chris Noth.


Also last week, actress Zoe Lister Jones shared a detailed account of the sexual harassment she endured at the hands of a heavily intoxicated Noth on the set of Law & Order.


Police say Noth is still not under investigation, but hopefully that will change soon.


Last week, the professional consequences for his misconduct began to roll in in rapid succession.


Noth signed a deal with Peloton exercise equipment just days before the allegations were made public, but the company has now severed all ties with the actor.


Noth has also been dropped by his talent agency.


Monday brought news of even more severed business relationships for the 56-year-old, as Noth was fired from his CBS series The Equalizer.


“Chris Noth will no longer film additional episodes of The Equalizer, effective immediately,” Universal Television and CBS said in a joint statement on Monday.


Noth’s other big project of 2021 was the Sex and the City spinoff And Just Like That.


Though his character was killed in the first episode, the other stars of the series took to social media this week to condemn the actions of their former co-star.


“We are deeply saddened to hear the allegations against Chris Noth,” read a joint statement that appeared on the pages of Sarah Jessica Parker, Cynthia Nixon, and Kristin Davis.


“We support the women who have come forward and shared their painful experiences,” the statement continued.


“We know it must be a very difficult thing to do and we commend them for it.”


Multiple outlets reported on Monday that Noth and his wife, Tara Wilson, are currently living in separate homes, but those rumors remain unconfirmed.


“She is in LA and is very upset… she’s not doing well. They planned to spend Christmas together but that is now unknown,” says a source close to the situation.


The insider added that Wilson was not aware that Noth had been unfaithful, much less that he engaged in any manner of sexual misconduct.


“He may be non-monogamous, we have established that his wife didn’t know. If anything, he is guilty of that,” says the source.


The actor has issued a statement denying any wrongdoing:


“The accusations against me made by individuals I met years, even decades, ago are categorically false,” he said last week.


“These stories could’ve been from 30 years ago or 30 days ago — no always means no — that is a line I did not cross. It’s difficult not to question the timing of these stories coming out,” Noth continued.


“I don’t know for certain why they are surfacing now, but I do know this: I did not assault these women.”


A rep for Noth issued another statement after the third accuser came forward.


“The story is a complete fabrication, and the alleged accounts detailed throughout read like a piece of bad fiction,” a rep for Noth said.


“As Chris stated yesterday, he has and would never cross that line.”


We’ll have further updates on this developing story as more information becomes available.

Select Government Bonds To Be A Part Of Global Indices Shortly: Economic Secretary
2020-02-03

Sunny Deol releases Rs. 50 lakhs from his MP fund for Gurdaspur in the wake of Coronavirus : Bollywood News
2020-03-25