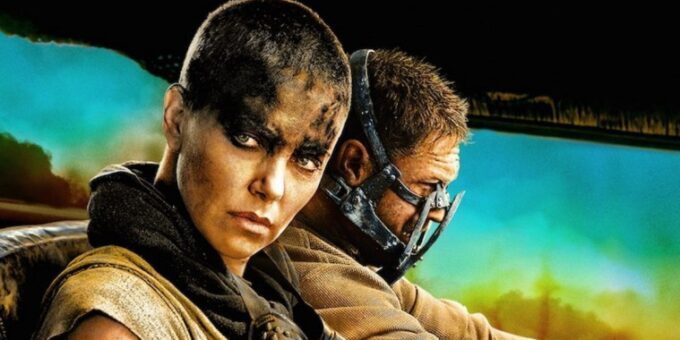 
Charlize Theron said that they were functioning like their characters in the post-apocalyptic thriller where everything was about survival.

Charlize Theron and Tom Hardy have opened up about their fight while shooting action classic Mad Max: Fury Road, which they say was partly fuelled by the challenging production in Namibian desert and their inability to understand director George Miller’s vision.

In The New York Times’ oral history of the 2015 movie, the cast and crew revealed details about what went on behind-the-scenes of the movie.

Theron told the newspaper that they were functioning like their characters in the post-apocalyptic thriller where everything was about survival.

“In retrospect, I didn’t have enough empathy to really, truly understand what he must have felt like to step into Mel Gibson’s shoes. That is frightening! And I think because of my own fear, we were putting up walls to protect ourselves instead of saying to each other, This is scary for you, and it’s scary for me, too. Let’s be nice to each other.’ In a weird way, we were functioning like our characters: Everything was about survival,” she said.

The actor said the entire production was driven by fear.

“I was incredibly scared, because I’d never done anything like it. I think the hardest thing between me and George is that he had the movie in his head and I was so desperate to understand it, she added.

Hardy told The Times that he agreed with Theron and the pressure on both of them was “overwhelming at times. I think in hindsight, I was in over my head in many ways. The pressure on both of us was overwhelming at times. What she needed was a better, perhaps more experienced, partner in me. That’s something that can’t be faked. I’d like to think that now that I’m older and uglier, I could rise to that occasion,” he said.

Rosie Huntington-Whiteley, who starred in Fury Road as one of Immortan Joe’s wives, said Theron and Hardy’s personalities clashed on set because they have completely different approaches to their craft.

Zoe Kravitz, however, said seeing Hardy clash with the director was a “bummer”.

She said she observed both actors having moments of anger, but that it was Hardy who really took it out on George the most, and that was a bummer to see.

In some ways, you also can’t blame him, because a lot was being asked of these actors and there were a lot of unanswered questions,” she added.

Like actors, the production and the tension on the set took a toll on Miller.

Fury Road editor Margaret Sixel, who is also Miller’s wife, said, “I was worried about George. You wouldn’t even know the half of it, let me tell you. You should have seen him by the end of the shoot, he was so thin.”

Miller, who pulled the movie out from a development hell of over a decade while dealing with the challenges of shooting the film in a rough terrain without the help of a green screen while also dealing with the studio politics, admitted that he should have probably given more attention to the process of the actors.

Hardy had famously apologised to the director during a press conference at Cannes where the film premiered to glowing reviews in 2015.

Lebanon to reinstate total lockdown amid spike in infections

Virus Is From A Lab, Not Natural, Says Nitin Gadkari To NDTV

Do you have the obsessive-compulsive coronavirus disorder?
2020-03-17