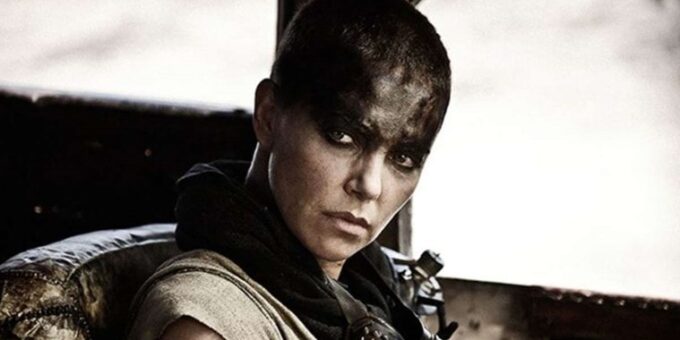 Charlize Theron has been sharing behind the scenes photos and videos from George Miller’s Mad Max: Fury Road. Often regarded as the greatest action movie ever made, Fury Road is a post-apocalyptic movie and a reboot of the Mad Max series of films that starred Mel Gibson in the lead role. Tom Hardy did the role in the 2015 film.

Theron shared a clip of a war rig, one of ruthless cult leader Immortan Joe’s makeshift weapons on wheels. She also shared a group picture of herself with Zoë Kravitz, Riley Keough, Abbey Lee and Courtney Eaton. She also shared a photo of Miller himself.

Theron played the role of Imperator Furiosa, who joins forces with Max Rockatansky (Hardy) as they flee from the clutches of Immortan.

I’ll never forget the feeling of seeing my war rig for the first time and realizing holy shit, George is not f*cking around. pic.twitter.com/LCD0SiIjRZ

I became a mom right before we started shooting. At least my child will forever have the fun fact of “I spent most of the first year of my life in a war rig” (special appearance by my incredible costumer Inge Hough) pic.twitter.com/kHHjcoYxov

The man, the myth, the legend. Forever grateful to you, George. pic.twitter.com/JKS0fPUism

My girls ? (minus Rosie!) pic.twitter.com/zfgEgsM7pB

Fury Road was set in Australia and in the movie, the place has become a wasteland due to incessant wars and the scarcity of resources. Furiosa is Joe’s lieutenant but comes under his crosshair when she flees with The Five Wives, women who Joe keeps to breed.

The film was noted for its special effects, most of which were practical (and not aided by computers). Fury Road’s stunt work was also noted. The film received ten Oscar nominations and won six: in theCostume Design, Production Design, Makeup and Hairstyling, Film Editing, Sound Editing, and Sound Mixing categories.

TikToker who harassed elephant calf by driving close to it, arrested and fined
2022-02-10