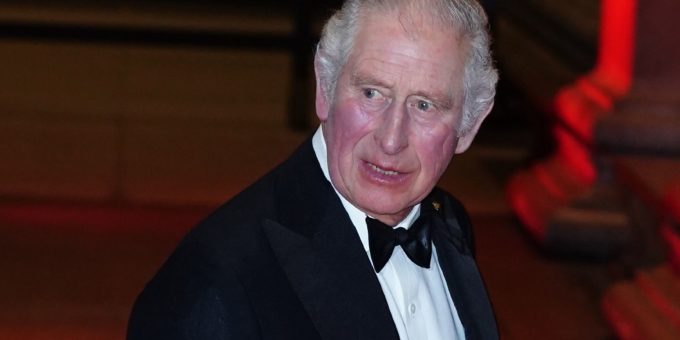 The Prince of Wales has praised the “resilience and commitment” of a British Asian organisation working to help disadvantaged communities during the coronavirus pandemic.

Charles and the Duchess of Cornwall attended a reception at the British Museum on Wednesday evening to celebrate the work of the British Asian Trust (BAT), which he founded in 2007 to work to reduce poverty in south Asia.

In a speech to the trust’s supporters and ambassadors, Charles spoke about the “devastating impact” the pandemic has had on south Asia.

Using his pet name for Camilla, which means “darling” or “beloved” in Urdu, he said: “I cannot quite believe it is almost two years to the day that both my Mehabooba and myself were able to be with all of you to celebrate the work of the British Asian Trust.

“Since then, across the globe, there has been terrible loss of life from this dreadful pandemic and we have especially seen the devastating impact throughout south Asia.”

Charles praised the “truly remarkable achievement” of the BAT, which raised £20 million in four major fundraising campaigns during the pandemic.

“It is fair, I think, to say that it has been when truly tested that the trust has shown its most outstanding qualities of resilience and commitment to helping people across south Asia,” Charles said.

“The future of south Asia truly depends on the children and young people of the region.

“I am really so proud that there are so many of us with numerous intimate and family connections to south Asia who want to support them as they rebuild their lives in the face of this ghastly pandemic.”

Before his speech, Charles and Camilla greeted supporters and ambassadors of the BAT in the museum’s Egyptian Gallery.

The Prince of Wales speaks to guests as he attends a reception to celebrate the British Asian Trust at the British Museum, in London.

They first spoke with Mr Sunak and Ms Patel before the four posed for photos.

Greeting Rush, the prince said: “Didn’t you used to play?”

Charles then asked how Liverpool were doing and whether the Welsh national team would qualify for this year’s World Cup in Qatar.

“They have a chance,” Rush said.

The duchess, wearing a green velvet tunic top by Anna Valentine, later thanked ambassadors Neev Spencer and Ritula Shah as they congratulated her after the Queen’s announcement that she would become Queen Consort.

The Prince of Wales speaks to Producer Naughty Boy

Hitan Mehta, executive director of the trust, told the PA news agency that it was “amazing” to be able to host the royal couple at the reception after it was not held last year due to the pandemic.

He said: “It is amazing to be able to bring the whole community together with his royal highness to celebrate the work that we have done.”