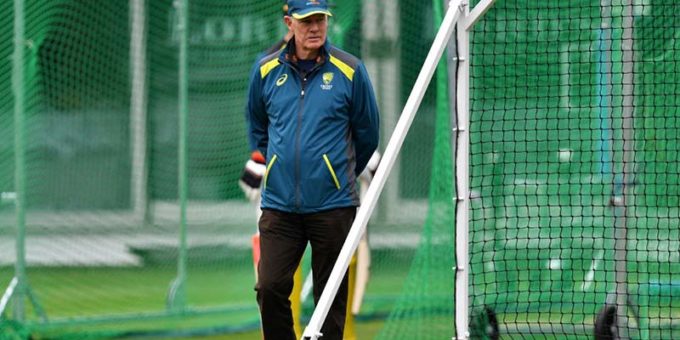 Former cricketer Greg Chappell hopes that Australia won’t back off from their tour of Pakistan, next year.

The Pakistan Cricket Board (PCB) has already announced the
details of Australia’s first tour of Pakistan since 1998, which will take place
in March and April 2022, and comprise three Tests, three ODIs and one T20I.

“I do hope that Australia will not cry off from the nation’s
first cricketing tour of Pakistan in over two decades,” Chappell wrote in his
column for The Sydney Morning Herald.

The 73-year-old also threw weight behind the security arrangements
in Pakistan, while stating that “a more solicitous and hospitable organisation
would be hard to find”.

“I know that a three-man delegation, including a
representative of the Australian Cricketers Association, has just returned from
an extensive 12-day visit to the proposed venues for the March series. Informal
reports are that they were impressed at the plans and preparations of the
Pakistan Cricket Board,” he said.

“Pakistan offers touring sides security at the level
normally extended only to international heads of state,” he added.

He also urged Cricket Australia to send a full-strength team
for Pakistan tour.

“The final call on the tour’s feasibility lies with the
Australian government which will advise Cricket Australia on security
considerations, but I fervently hope that if that call is positive, we send a
full-strength team,” he said.

“It is critical that CA and the Australia Cricketers’
Association (ACA) make it clear to the players how important this tour is to
the long-term future of the game. Each generation has a responsibility to
ensure that the game that they pass on to future generations is in robust
health,” he concluded.

We Revere Cow As Mother, Some People Made Talking About Them A Crime

Tarot Reading | Tarot card prediction for all couples out there

Janhvi Kapoor, Sara Ali Khan’s outfits on Koffee With Karan are perfect for a date night
2022-07-18