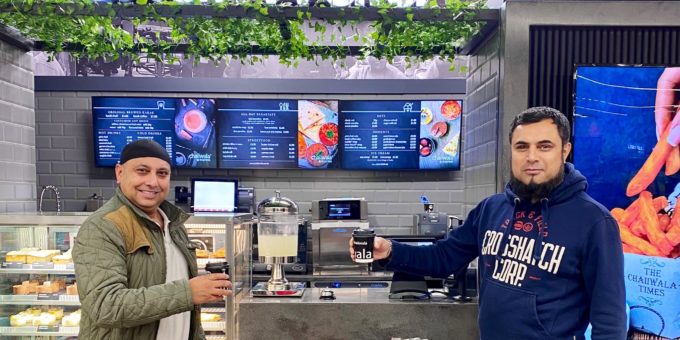 The new store is based at the EG Group’s Frontier Park, Blackburn and joins Sbarro and the Cinnabon Bakery store within the Petrol Station.

Chaiiwala is renowned for serving Indian street snacks with brewed teas and coffees, as well as items such as rotis, Bombay sandwiches, masala chips, and the masala omelette.

Chaiiwala opened their first store in 2016 and also have a shop located on Whalley Range.

The new Chaiiwala store at Frontier Park ahead of its opening

The Frontier Park store was launched on the same day as the brand opened their 38th conventional store at Aylesbury Shopping Centre.

The Frontier Park site already houses, a Subway, a Greggs, a Starbucks and a KFC restaurant and is based opposite the newly built Hampton by the Hilton Hotel.

Technology will bring about demise of humanity
2019-05-03