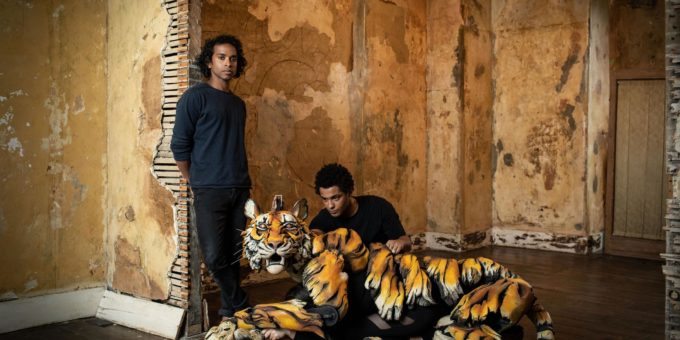 The cast for the much-awaited stage production of ‘Life of Pi’ has been announced.

Hiran Abeysekera, whose performance in the lead role won him universal critical acclaim, will return as Pi.

Life of Pi will transfer to the Wyndham’s Theatre where, for the first time ever, the theatre will be transformed to fully accommodate the elements of the production. Performances will begin on Sunday 28 June and the production is directed by Max Webster.

After a cargo ship sinks in the middle of the vast Pacific Ocean, there are five survivors stranded on a single lifeboat – a hyena, a zebra, an orangutan, a sixteen year-old boy and a 450-pound Royal Bengal tiger. Time is against them, nature is harsh, who will survive?

Based on one of the best-loved works of fiction – winner of the Man Booker Prize, selling over fifteen million copies worldwide – Life of Pi is a new theatrical adaptation of an epic journey of endurance and hope.

Life of Pi is produced by Simon Friend in association with Playing Field and Robert Bartner.

With two new Senate appointments, Trudeau has now appointed half of the upper house